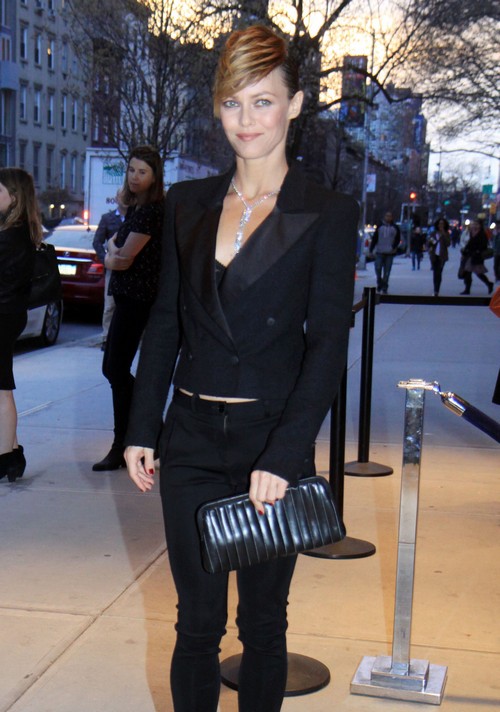 Just because Johnny Depp and Amber Heard have set a summer wedding date that doesn’t mean that the whole shebang is actually going to happen. While the two have been celebrating their engagement all over town that doesn’t change the fact that both have a bit of torn loyalty. According to the May 5th print edition of National Enquirer, Johnny still loves his ex, Vanessa Paradis and while she has moved on since he walked out on her and their kids nearly two years ago, she still loves him. She recently did a smokin hot photo shoot in Malibu to remind Johnny of what he is missing out on and it apparently worked.

Amber is also rumored to still be tangled with her ex girlfriend, Tasya van Ree. She has reportedly tried to maintain a friendship with Tasya but there are still some serious feelings there that make Johnny wonder what really goes on during their private visits. Amber is also reportedly admitting to having some serious wedding jitters and Johnny’s friends are all warning him that the age gap between the two will ultimately not work. Johnny is 50 while Amber is just 28 with a lot of life changes ahead of her.

Sources wonder if these two will actually make that trip down the aisle later this summer. What do you guys think? Johnny stayed with Vanessa for 14 years and had 2 kids but never made it official. Is he even capable of marrying Amber? Tell us your thoughts in the comments below!