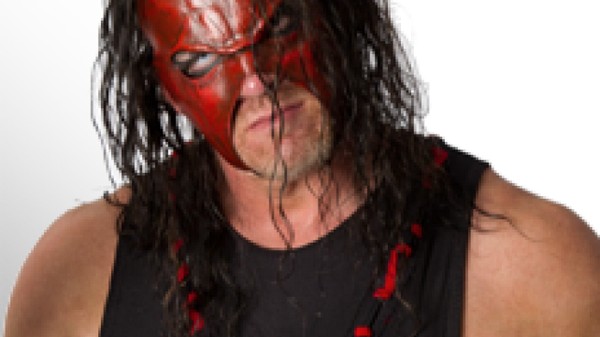 Kane walked up to Stephanie McMahon and removed his mask, handing it back to her and walking away seemingly dejected on WWE Monday Night Raw. The subject was dropped and this seemingly innocuous moment was gone. What many people don’t understand is the potential meaning behind such an act. Kane and his mask have a very interesting history and his “abandoning” it could mean many things….or nothing at all. Such is the way of the WWE Universe. You never know when something is part of a storyline.

That said, the new Authority angle under Triple H has had few meaningless moments. Pretty much everything eventually comes full circle and has meaning in storyline. So, what is the meaning behind Kane ditching his mask and walking away?

Kane may be ready to retire –  Kane has been wrestling for a very long time and is now 47 years old. The fact that he is still fighting in the WWE is a testement to an outstanding training program and a character that is built to last. Kane has seen many changes but he has always been a slow, methodical, lumbering type wrestler. This limits the bumps that one takes and helps him to last a bit longer in the wrestling world. On the flip side, all that extra size puts a ton of pressure on joints, makes the bumps they do take even worse and makes conditioning a challenge.  Kane may just be at the end of his career and be building up to a final send off.

Kane may be rebooting his character.…again –  The Kane character has seen more changes, re-boots and upsets than one can imagine over the years and he has always made it work. This could easily be just another re-boot the Kane character. It is logical that Kane be redone once again to have one final send-off. He has more in the tank to be sure and could certainly pull off a brand new Kane. Another possibility is a completely new character all together. Kane is talented that way and he has the build to pull off almost any type of large character.

Kane may be taking a vacation –  This is the most likely scenario and will be the one I would expect to see play out. Kane has been hard at it and is probably due some time away. To facilitate this, the WWE probably inserted this to make it a “mystery” where he went and why. This way, when Kane returns the crowd will be excited about finding out the answer…finally.

Kane giving back the mask is not likely to turn out to be a big deal. It can, of course, end up being a major thing but it is not likely. Expect Kane to be gone for a bit and then to return for some big storyline at some point in the future.