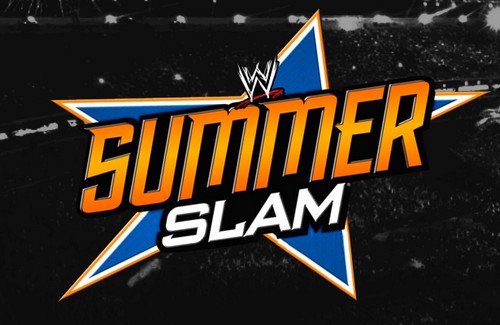 Every year when SummerSlam comes around, the WWE Universe gets geared up. The second biggest show on the WWE schedule always brings the best of the company to the forefront and rarely does a SummerSlam PPV disappoint. The reason for this is because it sets up the rest of the year and the coming Wrestlemania season. You can often figure out a basic idea of what is coming based off of what happens at SummerSlam. Here are three matches that are destined to have a huge impact at SummerSlam:

John Cena vs Brock Lesnar for the WWE World Championship – Everyone saw this match coming months ago. Brock Lesnar beat the Undertaker and his streak at Wrestlemania and then promptly disappeared. Soon thereafter, Bryan was hurt and the plan to put Bryan vs Lesnar together fell apart. (My personal opinion) When it became clear that Bryan would be out, Cena stepped in as a power option on the baby face side to face Lesnar. While this may not have been the original plan, it might be what Cena needs to get his crowd back. Yes, they hate Cena in many corners of the Universe. Still, don’t be shocked if you see a change in the perception during SummerSlam. Cena is almost taking on a throwback attitude lately and it is slowly taking hold. Can Lesnar make Cena relevant again?

Brie Bella vs Stephanie McMahon – This is a huge feud that has literally exploded onto the WWE scene. What makes it so interesting is the fact that it is powered mostly by Daniel Bryan fans. With no Daniel Bryan around, Brie is largely taking his place as the one to beat down the Authority. Without Bryan, there is no Brie vs Steph at SummerSlam.

Regardless of why we have it, I am reveling in it. This feud has an old school, Attitude Era feel to it and one can only hope they find a way to deliver at SummerSlam. The Divas have been irrelevant for so long that having two powerful feuds going is a breath of fresh air. There are actually two feuds that will keep my attention from the ladies at SummerSlam…this one and Paige versus AJ Lee. (not announced but expected)

Chris Jericho vs Bray Wyatt – Jericho is the ultimate veteran for the WWE in that he comes in for a cup of coffee with a huge name, loses to an up and comer and then walks off into the sunset to tour with his band. When he returns again, he will be just as popular and just as over with the fans as ever. A million losses to youngsters won’t change that and he gets it. Bray Wyatt is the latest beneficiary of Jericho’s rub and he was white hot before Chris even got here. Now, at SummerSlam, they have the chance to absolutely steal the show. Look for this to be the show where Bray finally steps into the main event scene for good.