WWE Raw: Five Feuds for Brock Lesnar Before He Calls it Quits Again 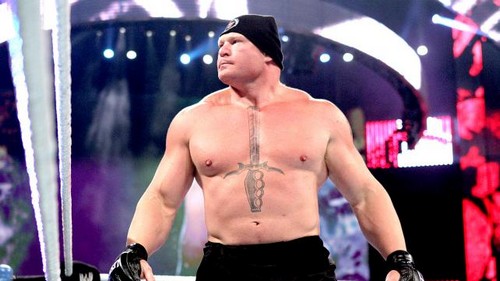 Brock Lesnar has shown that he is committed for this final run of WWE glory and clearly the WWE is giving that right back. Lesnar has taken the World Championship and run with it since beating Cena within an inch of his life at SummerSlam. Now he is about to fight Cena again for the follow up that is sure to be more about Cena than Lesnar. Still, everyone fully expects Lesnar to keep the belt around his waist.

Who will follow the great John Cena? What other fighters are there for the belt?

Here are my top five:

The Big Show – The only reason this would not be a surefire hit is because of the poor booking that WWE has done with Big Show. They have made him into a very beatable giant rather than an Andre type figure. I would fully expect that Big Show could beat Lesnar and would even be able to get behind it if they would make him a bit more powerful. We will have to see because rumors are that Show is the next in line.

Sting – It is a pipe dream it would appear but I think this would be fun to watch.

Undertaker – Yes, Brock Lesnar broke the streak already at WrestleMania. Having Taker come back for one last match after being completely gone all year would be epic. I would love to see Taker come back and put the Beast down for his swan song.

Roman Reigns – This is only after Reigns gets a bit more seasoning. I think Reigns is one of the few that could stand up to Brock physically, but I would not hold my breath. Lesnar is unlike any wrestler before him and he will make even the powerful Reigns seem small. Whatever the case, Reigns could certainly work out if they book him properly and let him get his ears good and wet first.

C.M. Punk – Yes, he is retired and yes, he says he will stay that way. Sorry but I don’t believe it. I still say that Punk will return some time fairly soon and get the wrestling world buzzing all over again. What better way to do that then to come back to save WWE from the monster Brock Lesnar and his old manager Paul Heyman?

I can see that selling some serious tickets and that would be plenty of motivation for Triple H and Mr. McMahon to get over their feelings being hurt.

Who would you like to see face off against the Beast Brock Lesnar?