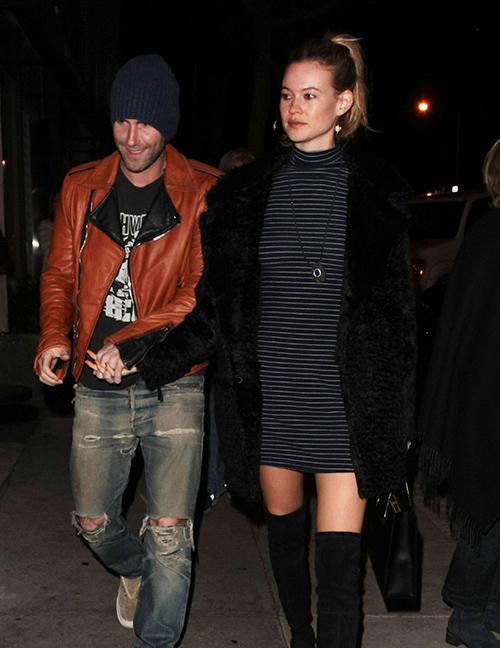 Adam Levine and Behati Prinsloo are on the verge of a split, according to reports. Divorce looms as the couple tries marriage counseling for Adam’s playboy ways. The Voice judge and his Victoria Secret model wife are attempting to save their marriage with the help of a therapist.

According to an insider, Adam and Behati have been enduring months of fighting, relationship troubles, and jealousy. After Levine and Prinsloo celebrated their 1 year anniversary in July, their marriage began to crumble. There has been a ton of tension, as Levin notoriously loves to party, flirt with women, and commit most of his time to work. “Adam goes out all the time and chats up other girls,” the insider notes. “[Behati] thinks it’s disrespectful,” the source adds, noting her jealousy issues.

Adam Levin and Behati Prinsloo entered therapy as an effort to save their marriage, the report claims. “They’ve started seeing a marriage counselor. They want to learn how to communicate better because they’ve been fighting over everything lately – especially little things like working too much and Adam leaving clothes laying around the house.”

Sounds like the honeymoon is over and Levine and Prinsloo are trying to fight a break up. The couple has had issues with Adam’s playboy ways in the past. Levin’s “flirtatious nature” is a repeated issue. Beyond the fact Behati feels disrespected, it creates major trust problems.

While Levine’s partying and flirting are a huge problem, the couple is taking measures to salvage a healthy marriage. “Adam and Behati are hoping these sessions will secure their bond,” the source stated. “Deep down, they’re madly in love.”