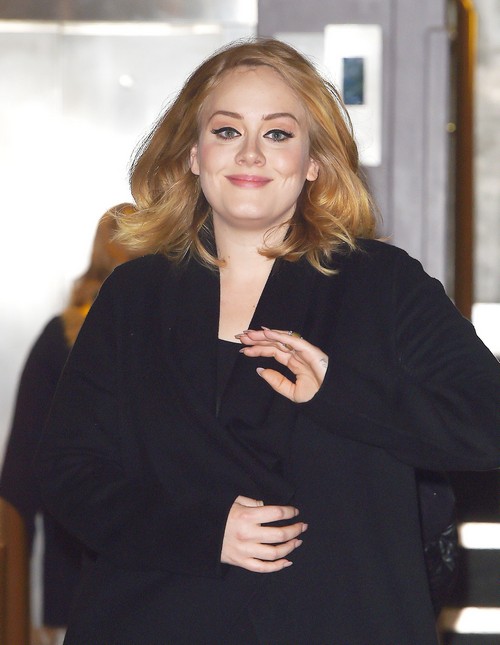 Adele’s new album “25” drops on November 20 but the claws are already coming out between the “Hello” singer and her chart topping rival Taylor Swift. It’s already been rumored that Swift isn’t happy about Adele’s surprise single drop with the record-breaking instant hit “Hello.”

“I’ve heard about a squad. I wish my squad was all supermodels. We are, in our brains. I guess I have my own squad.” Adele went on to ruminate about her dream squad. “It’s not as interesting as some of the other squads that are around right now but maybe Rihanna can be in my squad! That would be really cool. Oh, God. She’s life itself, isn’t she? I love her.”

Notice that Adele didn’t want to be in Taylor Swift’s squad nor did she want Taylor in hers. Rihanna seems like a reasonable choice. Considering that Adele at 27 years old has proudly never even experimented with marijuana and Rihanna is a huge fan of the herb, we can’t help but wonder what they would talk about.

It’s hard not to like Adele with her huge, authentic voice and a quirky but real vibe about her. Adele also managed to mention in her interview that she’s really getting tired of waiting for Frank Ocean to drop an album. With the star power that Adele has right now, it’s a pretty big deal for the “Hello” singer to call Frank Ocean out on his very delayed album release.

Fans of Frank Ocean have been waiting for new music since July, when the singer told fans he’d be dropping an album. July came and went and there was no word on an album from the “Novacane” singer. Now the pressure is on for Ocean to just put his album out and make Adele happy.

While Adele is hanging out with Rihanna and topping all the charts through the holidays, Taylor Swift will likely be putting pen to paper, writing her next revenge song. We all know that when you hurt Swift’s heart, she’ll make you the subject of her next song. Just ask pretty much every guy that Taylor has dated and a few former best friends too. Speaking of “Bad Blood,” maybe Katy Perry would be interested in Adele’s squad.