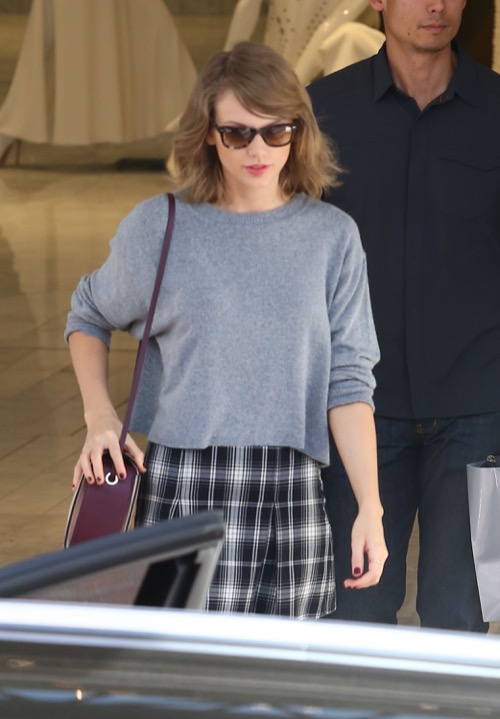 Taylor Swift has been accused of deleting Tumblr accounts of those who are talking up Adele’s new single, “Hello.” Apparently the “Shake It Off” singer isn’t shaking off the fact that she’s about to get bounced right off her chart topping throne. Now that Adele is back, Taylor Swift knows her new album is all anyone will be talking about for months and Swift doesn’t like playing second fiddle.

Taylor Swift has been queen of the charts since releasing “1989” last year. In the wake of her megahit album release, everything has been about Swift. All the celebrities want to be part of Taylor Swift’s squad and musicians want to record with her. It’s easy to understand why it would be hard to give up the top spot with all the attention and accolades. It makes sense that

Taylor Swift would be a little jealous of all the attention that Adele is getting over just one song. Adele’s new album “25” arrives on November 20 and fans are already really excited to hear it. Adele’s first hit from the album, “Hello,” is already considered a smashing success. Not to mention there is a huge publicity push from NBC and Target. As a matter of fact, Adele is reportedly getting a huge display in Target stores and albums purchased from there will contain bonus tracks.

We have only heard one song and people are already predicting that Adele’s “25” will be an instant chart topper. She is also predicted to earn multiple music awards for her most recent offering.

According to the Tumblr rumor, Taylor Swift is so mad that Adele came out of nowhere with her “Hello” video and knocked Taylor’s “Blank Spaces” out of the top spot that she’s sabotaging social media. No seriously, there are reports of angry Adele fans who have been posting about Adele’s “Hello” video on Tumblr. They have reported that when posting about Adele beating out Taylor Swift’s VEVO record or about Adele’s brand new hit, their posts have suddenly disappeared.

One Twitter user identified as “Charlie” tweeted, “hey @taylorswift13, get your s*** together and tell your team to stop deleting tumblr about Adele’s record. you’re better than that.” As news of the missing Tumblr posts circulated, another Adele fan tweeted, “@ taylor swift please delete me next.”

Now we’re pretty sure that Taylor Swift has better things to do than to delete other people’s Tumblr accounts. We’ do wonder how Taylor would even have that power in the first place. As far as her jealousy over Adele’s sudden and surprising jump to the top of the charts? That is to be expected. It’s a pretty good bet that Taylor Swift isn’t happy about Adele’s “Hello” video getting 23.2 million views in a 24 hour period and breaking a VEVO record.