Amal Alamuddin Jealous of Julia Roberts With George Clooney: Amal Visiting Set To Check Up On Them? 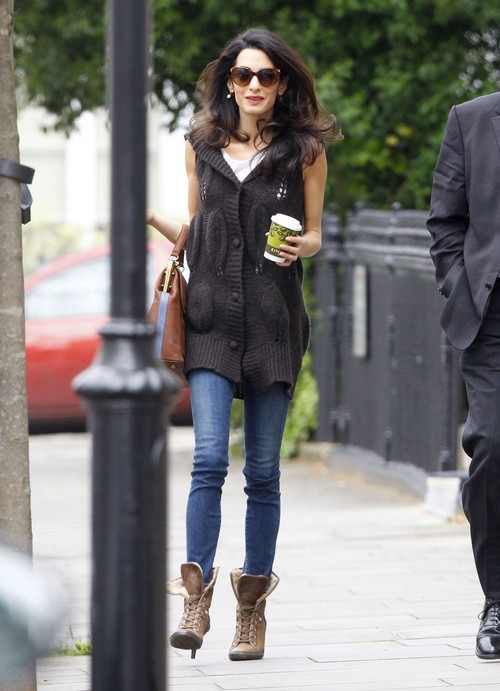 Does Julia Roberts hates George Clooney’s wife Amal Alamuddin? George Clooney and his wife Amal Alamuddin have been reportedly on the verge of a divorce basically since they walked down the aisle and got married in 2014. According to recent reports George’s costar Julia Roberts is all for George divorcing Amal and ending his marriage. According to a new report, Julia is sick of Amal showing up on the set of the new movie she and George’s friendship is on its last leg because of her issues with his new wife.

Julia Roberts and George Clooney have been as thick as thieves since they starred together in the hit film Ocean’s 11 many years ago – but Julia’s feud with Amal is causing some issues for the old BFF’s. According to the latest edition of GLOBE Magazine, “Amal mobbed the set with parents Baria and Ramzi, and sister Tala. The Pretty Woman star is shooting Money Monster with gorgeous George in NYC, and is sick and tired of his wife dropping by and interrupting filming.” GLOBE’s Hollywood insider explained, “Everything has to stop while Amal hangs out with George, it is driving Julia crazy. She has even complained to the movie’s bigwigs.”

It really is ironic that Amal Alamuddin hates all things Hollywood and George’s celebrity pals – but that doesn’t stop her from making surprise visits to his movie set. It sounds like Amal Alamuddin might be a little insecure about George’s friendship with his co-star Julia Roberts, and she feels the need to keep checking up on him. Seriously, is there a celebrity left that doesn’t have a problem with George’s wife Amal? We get that George is clearly an optimist, but if this many of your friends have a problem with your wife, it is time to consider that perhaps your wife is the problem and not your friends.

Do you think that Julie Roberts is being a diva – why does she have such a problem with George’s wife Amal? Is Amal Alamuddin jealous of George Clooney and Julie Roberts’ relationship? Does she have anything to be worried about? Let us know what you think in the comments below!