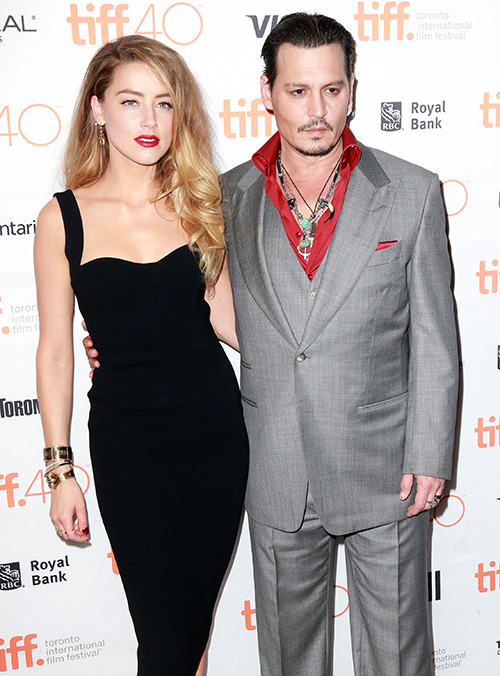 The bad blood between Johnny Depp’s wife Amber Heard and his baby-mama Vanessa Paradis is REAL. You would think Amber would be content with the fact that she obviously “won,” seeing as how she got a ring and not one but two weddings. But Heard is still very jealous of the connection that Johnny shared with his ex-girlfriend of 14 years and the mother of his two children – Vanessa Paradis.

According to a new report from US Weekly, Johnny Depp recently sold his beloved yacht – which he had named after his ex Vanessa. In Johnny’s defense, the yacht was actually named after the entire family. “Vajoliroja” is actually an anagram created from the first letters of Johnny, Vanessa, Lily Rose, and Jack’s names. According to US Weekly, Johnny had no choice but to sell the yacht because his wife Amber Heard refused to step foot on it because it was named after the first two letters in Vanessa’s name. That’s not petty at all …

An inside source dished to US Weekly, “Johnny loved that yacht. But he bought it for Vanessa. And Amber is still jealous of her.” Sadly, it seems like Johnny will do anything to keep his much younger wife Amber Heard happy – he has been jumping through hoops to please her since their February 2015 wedding. It’s no wonder Vanessa Paradis has zero tolerance for her kids’ new stepmom; it sounds like Amber as a whole lot of growing up to do. In Amber’s defense, not too many new wives would want to be surrounded by reminders of their husband’s old flames. But the boat wasn’t just named after Vanessa, it was named after their kids too!

What do you guys think? Is Amber Heard being a bit immature? Or would you have made Johnny sell the boat too? Let us know what you think in the comments below!