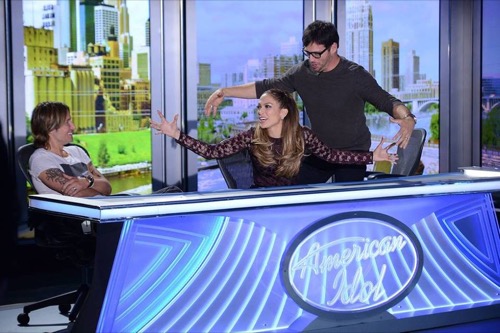 “American Idol” has taken the stage and is showcasing the unknown talent of America in the show’s 14th season. Known as “American Idol XIV,” this season is ready to move with auditions in San Francisco to be aired on January 28 and 29. With judges Keith Urban, Jennifer Lopez, and Harry Connick, Jr., the season is already looking to be an exciting one.

This year, things have been changed around a little from previous seasons. If you’ve been a fan in the past, you will notice that live result episodes have been changed. In the past, “American Idol” has hit each week with three hours of live shows — two hours of performances from the contestants and one hour of live results. Instead, the show will feature a two-hour broadcast each week in which elimination results from the week prior will be announced when the show begins. If you’ve watched “Dancing With the Stars,” this will be a familiar format to you.

Noticeably absent this season is mentor and former judge Randy Jackson, who stepped down. He was replaced by Scott Borchetta, founder of Big Machine Records.

Long-time fans of the show know that Lopez offers the mothering and nurturing side of the judging. Connick, Jr. has taken on the role of harsher judge, while Urban may be the balance between the two.

What does “American Idol XIV” have to offer this season? With declining ratings, the show has had to make the noted changes in order to stay relevant and in competition with other similar shows like “The Voice.”

The raw talent that has been rounded up is ready to burst onto the American scene and television screen. While the auditions were held in mid-2014, the shows that are being aired are just getting up to the San Francisco auditions, then it’s on to Hollywood for the real competition between the final 24 contestants.

Since the ratings have been steadily declining and the masterminds behind the show have been working to introduce some fresh and new aspects to grab new fans, this season may be interesting to watch. It remains to be seen exactly what the show will feature, but it is certain that as a whole the episodes will be showcasing drama and mystery in addition to the talent in order to attract viewers.

With just a few episodes of this season already in the can, upcoming episodes will be interesting to watch and enjoy. Be ready to pay attention to any changes so you can decide if they are worth keeping. The viewers will have the loudest voice this season so plan to tune in this week and in the coming weeks to see what “American Idol XIV” has to offer.​