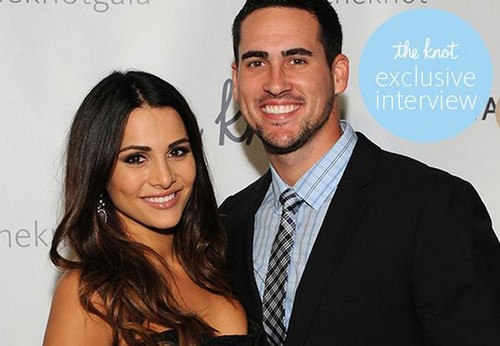 In Touch Weekly has an in-depth exclusive about how Andi Dorfman and Josh Murray have been living a lie all this time, which we can corroborate extensively. However, just because In Touch photoshopped Bruce Jenner’s face on its latest cover, certain media outlets feel the need to tear down everything they’re doing. Yes, it’s a tabloid and yes, it gets things phenomenally wrong sometimes – even being insensitive while doing so – but it’s Andi Dorfman and Josh Murray we’re talking about. Of course their ‘friends’ would talk to In Touch Weekly about their showmance, especially since it’s unlikely they have much access to People or Time.

A source tells In Touch, “They were living a lie for a long time. When they got back home [to Atlanta] the day after the ‘Bachelor’ premiere, it was clear things were over. They just couldn’t pretend anymore.”

Andi Dorfman and Josh Murray were faking their relationship from Day 1, and they’ve also been capitalizing on it to net themselves some publicity. But just like many Bachelor and Bachelorette couples before them, they couldn’t pretend anymore and decided to break up – or they decided that they wanted more media coverage, and a break up was the way to go. Either way, they got what they wanted.

What do you guys think? Did Andi Dorfman and Josh Murray actually break up months ago? Let us know your thoughts in the comments below.