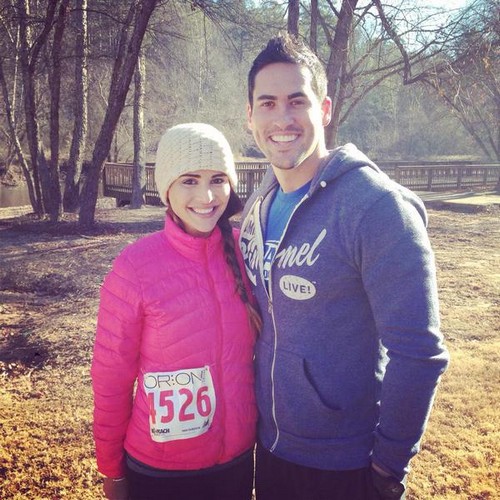 Andi Dorfman, ABC’s 2014 Bachelorette, and her fiancé Josh Murray have officially cancelled their wedding and broken up – not that we didn’t all see it coming a mile away. Bachelor blogger and spoiler guru Reality Steve broke the news on January 8th on Twitter and then Andi and Josh released a cliché break-up statement to all of the major news outlets claiming that their break-up “was mutual” and they will remain friends. Basically they just copied and pasted their names in to the same break-up statement every celebrity couple’s publicists send out when they have split up.

So, what really happened between the Bachelorette and her future husband? CDL has been reporting and exposing Andi and Josh’s faux engagement for months now, and the question is what didn’t happen? If you look back their relationship really was doomed from the start when runner-up Nick Viall announced on the After The Final Rose show that Andi had cheated on Josh with him. Then, there was the fact that Andi and Josh clearly had two completely different visions for their relationship.

When The Bachelorette finale aired Josh wanted to ride off into the sunset with his new fiancée and get married and make babies, and return to their mundane lives. But, Andi had no intention of returning to her mundane life or leaving the spotlight. She quit her career as an attorney and began dragging Josh across the country to every photo opportunity and event she could get them invited to, and even began shopping around for a new reality TV show.

Andi Dorfman and Josh Murray’s short engagement was basically smoke and mirrors – while Josh worked to support both of them since Andi quit her job without consulting with him, she spent every waking second on social media promoting her and her future hubby and telling everyone how perfect their relationship was. There also is a good chance that Josh’s family played a huge part in the couple’s break-up, since they despised Andi and were not even on speaking terms with Josh for the majority of their engagement. Multiple sources informed CDL that Josh’s family hate Andi had basically cut him off and were refusing to attend their wedding if they ever did make it down the aisle.

Andi’s ridiculous display at the 2015 Bachelor premiere on January 5th just goes to show how fake she really is. Three days before the couple issued a break-up she smiled on Josh’s arm and raved to Chris Harrison about their wedding, when she had to have known that there was no way in hell they were getting married.

Were you surprised by Andi Dorfman and Josh Murray’s break-up, or were you just surprised that it took them this long to break-up? What do you think cause the couple to finally cancel their wedding and go their separate ways? Let us know what you think in the comment section below!