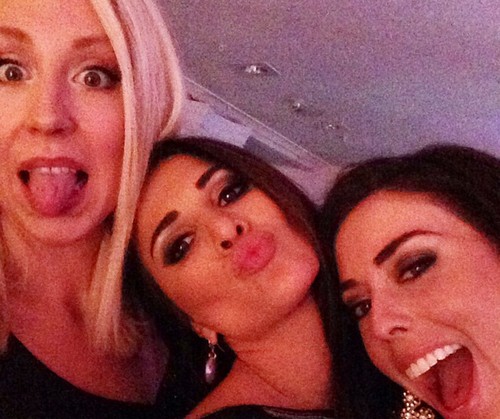 As The Bachelor 2015 with Chris Soules chugs along towards its inevitable end with [Spoiler] winning the final rose and becoming Chris’ fiancee, we get to hear Andi Dorfman pretending to be heartbroken about being dumped by Josh Murray. Andi Dorfman and Josh Murray have just ‘officially’ broken up, but the way they’re making it sound, the world is about to end. Don’t they realize that almost everybody knows that their relationship was just a giant, PR-orchestrated showmance? First of all, the public almost always loses interest in every single Bachelor or Bachelorette couple a few weeks after the show ends. Sure, there’s a lot of People Magazine covers and tabloid stories keeping the interest alive, but at this point, it’s just embers rather than sparks.

Plus, we knew that Andi’s relationship with Josh was dying when there was all that talk of Couple’s Therapy – what couple would willingly go on that show when they have that much to lose? But alas, Andi and Josh tried their best to keep the interest alive, and they failed miserably. In fact, most people I’ve spoken to weren’t even aware that Josh Murray and Andi Dorfman were still together, when their break up made headlines a few weeks ago.

Of course, Andi won’t let us forget it. She recently posted a quote to her Instagram yesterday saying, “It’s family and friends who pick us up when we fall down, and if they can’t pick us up, they lie down next to us and just listen and love.”

Cryptic tweets? Check. Interviews about her broken heart? Check. Taking full advantage of this breakup by posting to every social media outlet possible? Check. If anything, I’m assuming that the timing of this break up came because Andi Dorfman and Josh Murray were sick of the lack of media attention, and decided that an official breakup was just the thing they needed to boost interest in them again. I also wouldn’t be surprised to see Andi try for another reality show while she’s at it – because why not?

What do you guys think about Andi Dorfman’s break up with Josh Murray? Do you actually believe that these two stayed together this long, or was it just a showmance that had the public [a.k.a. like one or two people] fooled? Let us know your thoughts in the comments below.