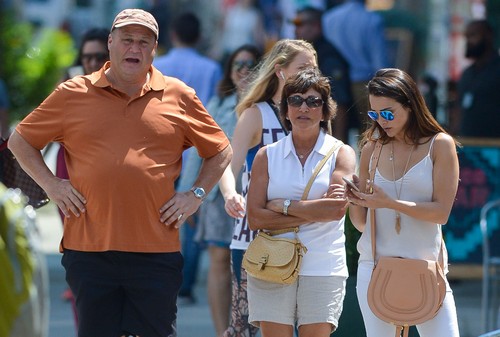 Former Bachelorette Andi Dorfman tried to sell her soul trying to become famous, and she shamelessly campaigned for another reality TV show. Ironically, Andi Dorfman didn’t get another TV show – but her ex-fiancee Josh Murray did! According to a new report, Josh Murray has joined a star-studded D-List cast on the all new reality TV show, “Famously Single.”

According to the report, the entire cast will be living together in a loft in Los Angeles where they will attend group therapy sessions and participate in different exercises to help them try to find a significant other.

Andi Dorfman has sunk to a new low, and is releasing a tell-all book about her sexcapades on The Bachelor and The Bachelorette – and her messy break-up with Josh Murray. General consensus on the internet is that Josh joined this new reality TV show as payback to his fame-hungry ex-girlfriend Andi Dorfman.

Not only will Andi be furious that he got another reality show and she didn’t, but now he can tell-all about their relationship too.

Can you imagine Josh Murray sitting in a therapy session and telling every disturbing detail about why he and Andi Dorfman REALLY broke up – on national television? This is one corny reality show that we will not be missing!

We all know that Andi Dorfman totally played Josh Murray, and it’s pretty clear she was more interested in fame and fortune than marrying him – now Josh Murray will finally be speaking out on what happened between himself and The Bachelorette behind closed doors! Are you as excited as we are to have Josh Murray put Andi Dorfman on blast? Let us know what you think in the comments below!

Andi Dorfman and parents by FameFlynet