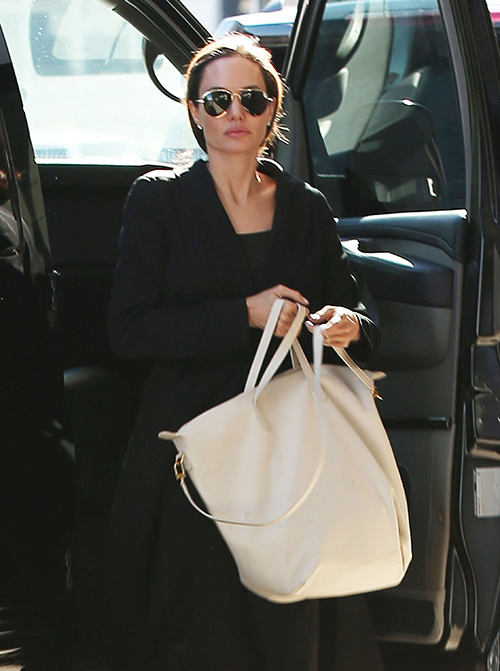 Brad Pitt joined his wife Angelina Jolie on a pretty shocking diet that has caused the “Fury” actor’s weight to drop so suddenly that many have worried that Jolie is suffering from an eating disorder and that it might be affecting Brad as well.

Brad Pitt’s appearance at the beginning of November during the opening of “By The Sea” set off rumors that the actor had major plastic surgery. It’s true that Pitt looked much younger in a few premiere photos and Angelina Jolie credited Pitt’s youthful appearance to a recent strict paleo diet she and Brad have been using to guide their diet.

When everyone started talking about Brad’s face, Angelina reportedly went a little overboard on their joint eating plan and further restricted the Hollywood A-lister according to OK! magazine. Now, Pitt is down about 20 pounds according to the report and he’s looking a bit thinner than normal. There have been several comments about Pitt’s appearance on social media and some fans are afraid that Jolie’s obvious body image issues have started to affect her husband.

It’s looking like Jolie isn’t worried about how big or small Brad is but instead she’s trying to keep her hubby from getting cancer. Angelina has opened up recently about her elevated risk to develop certain cancers and the drastic steps she has taken to prevent the horrific disease. Brad and Angie have changed their eating habits to also reduce the likelihood of having to battle cancer someday.

The problem is, Brad is wasting away on the diet with Angelina Jolie and to be honest, she is looking way too thin lately too. Given the amount of stress Angie has been under over the last couple of years as she worked to save her own health, adding a well balanced, antioxidant rich diet to their lifestyle is an excellent move.

However, with the rate that Brad Pitt is losing weight, it doesn’t look like the current Jolie-Pitt eating plan is going to work out long term without Brad losing way too much weight and all of his sex appeal. Pitt needs to put his foot down soon and start adding some calories back into his life before it affects his career.