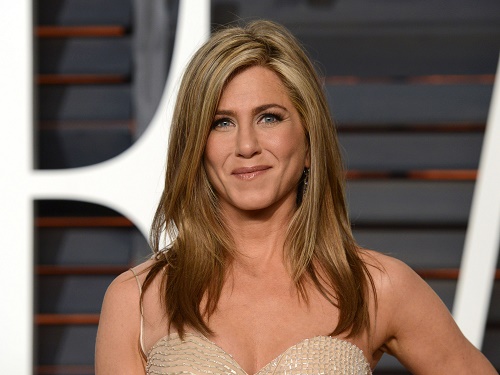 Angelina Jolie and Jennifer Aniston’s decade-long feud is heating up, as Jen has supposedly landed a role opposite Jon Voight, Angie’s father! Looks like the two actresses won’t be burying that hatchet anytime soon – they have a new man to fight over! It’s no secret that Angelina Jolie has a complicated relationship with her estranged father, actor Jon Voight. So, you can imagine how Angie feels about her father bonding with her nemesis, Jennifer Aniston – and raving about how amazing an actress she is. On the other hand, in Jon and Jen’s defense, they have a lot in common and we can see why they would gravitate towards each other – after all, they have both been on the receiving end of Angelina’s hate for many years.

Reports emerged a few months ago claiming that Jennifer Aniston and Jon Voight were spotted bonding at an awards show – and chatting about Angelina Jolie backstage. And, apparently, Jon and Jen’s new friendship didn’t end there, they are working on a movie together! The March 16th edition of OK! Magazine reveals, “Forget Cake, Jennifer Aniston is about to embark on her juiciest role ever, Jon Voight’s on-screen daughter.” The fact that Jennifer and Jon are bonding in real life is bad enough – but playing his daughter in a movie is an ultimate slap in the face for Angie.

According to OK! Magazine’s inside source, the movie isn’t a done deal, but Jennifer Aniston is thrilled about the proposition. The insider blabbed to OK!, “Jen thinks that it is strange that producers would want to cast her opposite of Jon. But, at the same time, she knows that it would create incredible buzz and would most likely annoy Angie, which she probably sees as a win-win. Jen thinks Jon is a great actor and that the project could be fun.”

At this stage in the game, it is safe to say that Angelina Jolie and Jennifer Aniston are never going to be friends, or even acquaintances. So Jen might as well use the never-ending feud to her advantage and let it build up buzz about her next movie and help sell out theaters. Do you think that Angelina will freak out if Jen plays her dad Jon Voight’s on-screen daughter? Isn’t that as bad as Jen playing Brad Pitt’s on-screen wife now? Let us know what you think in the comments below!