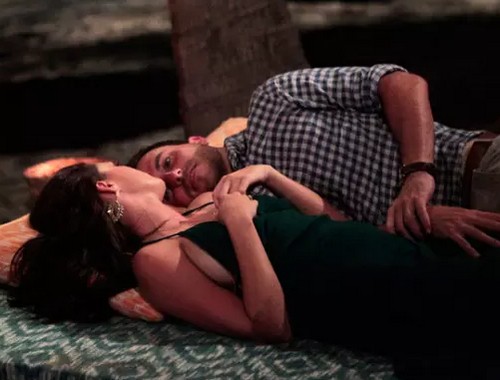 Chris Harrison and the Bachelor producers are pros when it comes to manipulating and editing videos to throw fans off – and according to this week’s edition of Life & Style Magazine, that is exactly the case. Although the Bachelor In Paradise spoiler video makes it look like Jade and Tanner break up during the finale, it is actually the opposite of what happened.

An inside source close to the couple dished to Life & Style, “Jade and Tanner are definitely still together and engaged. Jade has been breaking the rules and sneaking off to Kansas City, Missouri to visit him. Even though they only knew each other for 20 days, from the very beginning Jade was sure that Tanner was the one.”

So, when are Jade and Tanner getting married? Well, according to Life & Style’s source, they are really hoping for a TV wedding like Marcus Grodd and Lacy Faddoul – so they haven’t chosen a date yet or begun ironing out any details. In the past, sources have insisted that Jade Roper is still chasing fame after her failed career as a Playboy model, so hopefully that isn’t why she is holding out for a TV wedding. Tanner’s feeling for Jade appears to be genuine, and he would be absolutely devastated if it turned out that she was using him to help improve her celebrity status.

Are you surprised that Jade and Tanner wind up engaged? Did you think that they were going to break-up during the finale? Let us know what you think in the comments below!