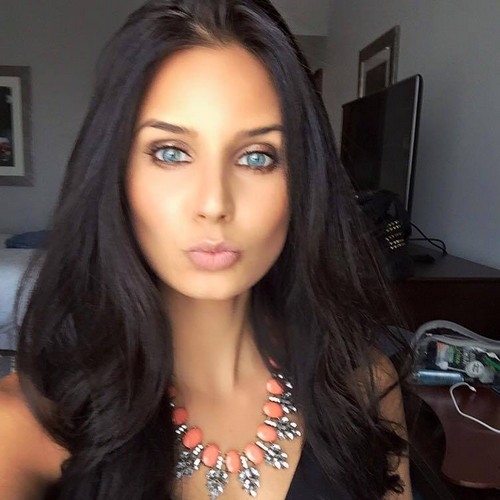 Word on the Internet is that Samantha Steffen may have found love in paradise, and could be currently engaged – ironically it’s not to Joe Bailey. Or even to the second man who arrived in paradise and invited her on a date – Justin Reich. Bachelor In Paradise 2015 spoilers tease that Samantha actually left paradise in a relationship with Bachelorette alum Nick Peterson. Are you as confused as we are yet?

Apparently, Samantha Steffen was a total pimp – and spoilers indicate that Joe Bailey wasn’t the only guy she made plans to meet up with in paradise, she also had been talking to Nick Peterson online as well. Joe Bailey insists that Samantha played him, she told him to “do whatever it takes” to stay in paradise until she got there – which included manipulating Jeulia. But, once Samantha arrived and had a few makeout sessions in the hot tub with Joe, she promptly dumped him. Spoilers tease that Samantha spent about 24 hours flirting with Justin Reich, and then she moved on to Nick Peterson – and they left paradise together and are living happily ever after.

Seriously? Nick Peterson arrived basically at the end of Bachelor In Paradise, and they spent less than a week together – we’re not really buying the idea that they were an official couple by the finale. And, if they actually did get engaged – that is just absurd. Samantha Steffen is basically the female version of Chris Bukowski (who by the way also pops up in paradise right before the finale). Do you think Samantha is really that into Nick, or is she just in to being in the spotlight? Let us know what you think in the comments below!