Bachelor In Paradise 2015 Spoilers: Marcus Grodd And Lacy Faddoul Married – Wedding Will Air On ABC This Summer During Season 2! 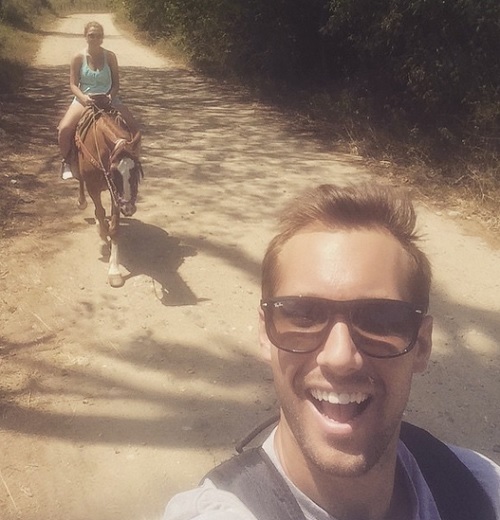 Bachelor In Paradise spoilers tease that Marcus Grodd and Lacy Faddoul are officially married, and Bachelor Nation will get to see their wedding on ABC during Season 2 of the reality TV dating show this summer. Out of all of the hot and steamy hook-ups last year on Bachelor In Paradise, Marcus and Lacy were the only couple that seemed to last once the show was over. And it looks like their second shot at love was a success, and the couple recently said “I Do,” which of course was filmed by The Bachelor producers.

Marcus Grodd was actually one of the men competing for Andi Dorfman’s heart on Season 10 of The Bachelorette, and Lacy Faddoul was one of the poor souls that dated Juan Pablo on his season of The Bachelorette. Both Marcus and Lacy were sent home broken-hearted, but they got a second chance at love and were invited to participate in Season 1 of Bachelor In Paradise, where they fell head over heels for each other. At the end of Bachelor In Paradise, Grodd got down on one knee and proposed to Lacy – who happily accepted the engagement ring.

A new report from US Weekly reveals that one year after getting engaged, Lacy and Marcus said “I Do” and were married in a lavish wedding, which was taped by ABC with of course a slew of familiar faces from The Bachelor, The Bachelorette, and Bachelor In Paradise in attendance. Lacy and Marcus’s wedding will air on ABC during Season 2 of Bachelor In Paradise, it is unclear whether or not they will get their own episode similar to what Catherine and Sean had – or if clips from the wedding will just be shared during Bachelor in Paradise season 2 to prove to fans at home that the show is not a complete joke and some people actually fall I love while they are in paradise.