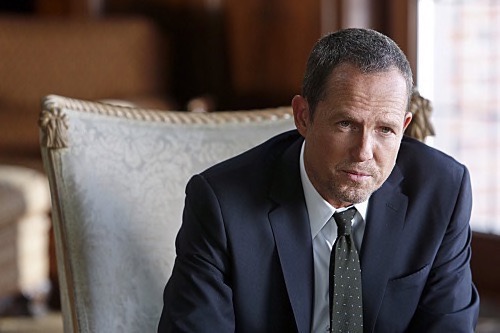 Tonight on CBS Battle Creek airs with an all new Sunday March 22, season 1 episode 4 called, “Heirlooms,” and we have your weekly recap below! On tonight’s episode, the murder of a local waitress is investigated by Russ and Milt, who pit the skills of their crime-solving police dogs against each other as they work the case. Meanwhile, Russ decides to employ a new tactic to get Milt to admit what has brought him to Battle Creek.

On the last episode, when BCPD’s police dog, Cookie, sniffed out a stash of heroin in a young girl’s backpack, Russ and Milt have competing theories as to where it came from and why she had it. Also, Jacocks traveled to Detroit for a training seminar, with the ulterior motive of finding out why Milt was sent to Battle Creek. Did you watch the last episode? If you missed it, we’ve got a full and detailed recap for you right here.

On tonight’s episode as per the CBS synopsis, “Russ and Milt pit the crime-solving skills of their police dogs against each other as they work to solve the murder of a local waitress. Meanwhile, Russ tries a new tactic to get Milt to admit what brought him to Battle Creek.”

A thirty year old waitress was murdered in her apartment and yet the thing Russ is most upset about is not the loss of life but the fact the 911 dispatcher chose to alert Milt before him. So on tonight’s all new episode of “Battle Creek”, Russ has had enough. He wants to know why Milt was transferred once and for all. Because it’s obvious to pretty much everyone that someone as qualified as the golden the boy wouldn’t have gotten transferred unless he did something really stupid. And right now Russ needs a boost.

The crime scene ended up revealing the killer brought along his dog to the crime. So Milt suggested bringing in another agent. It seems he knows this Agent Frazier really well and he believes the highly trained sniffer dog would be an asset to the team.

But when Russ found out Milt wanted to bring in a new dog, he felt offended on behalf of the old dog. So, in true competitive fashion, the guys arranged a bet on whose dog can find the killer’s dog first. You know just to see whose dog was better.

And although it was Russ alone and not Cookie that found the dog, Russ still claimed victory for his pet detective.

However the dog didn’t in fact belong to their killer. It actually belonged to the waitress’s son Max. Max had apparently been put up for adoption and the victim’s half-sister has been raising Max as her own ever since.

At some point, Max’ biological mother had reached out to him and he’s been seeing her on the side without his mother knowing. And despite coming in on his mother’s murder – Max swears he didn’t see anyone. Yet that’s what he calls odd.

It seems that before she died, his biological mother constantly had men coming out of her home. Max told the detectives that he would always see a guy. But this time he saw no one.

So the detectives then began to work the case assuming their waitress must have gone back to her old tricks and was still working as a prostitute to make ends meet. It seems the waitressing job was minimal pay at best so at first the theory worked in their favor. And with Max’s help, they found who Donna’s Tuesday appointment was.

Yet when their number one suspect was revealed to have died of an apparent heart-attack a day before their victim was murdered – the detectives were left stumped. Did they have two murders instead of one? And if so why would someone want to kill a millionaire and a call girl?

They looked into this Whitehall guy and though he was shown to have been a jerk – there was literally no one around him that had the guts to kill him. And the autopsy later proved it. Whitehall had died of natural causes.

Hence the new theory the guys were working on, in which Whitehall and their victim were murdered because of someone someone’s greed, had fallen through. At least that’s what they thought initially but as it turns out the guys were onto something with the greed angle. Because after they asked themselves why Donna would arrange to meet a john on the same day she got her only chance to see her son – the detectives suddenly figured out what was going on.

Whitehall was a john but he was john from almost nine years ago. Meaning he was Max’s father. And before he died, he must have told his adult children about their little brother. Especially as he changed his will to state that his assets should be divided amongst all his children.

So to get the Whitehall children, the detectives had to set a trap. They told them that they were going to get a search warrant for every available garbage can they could until eventually they found the evidence they needed. And the entitled idiots fell for it.

They were literally caught burning their clothes in the fireplace. Otherwise known as an admission of guilt because there is no excuse they can use in court to explain why they would burn their clothes. Thus, they were caught. And if they’re lucky maybe they can agree a plea agreement.

Later Russ and Milt had the honor of telling Max that once the probate clears – he stands to inherit 42 million dollars. But Russ ended up telling Milt that he regretted doing that. He said money was the root of all evil and that now he was afraid was going to turn out like his older siblings.

Milt on the other hand chose to be optimistic. Which to be fair is his usually expression on life and regardless of every trick or even when he actually opened up to Milt – in the end Russ still never found out why Milt had been transferred. Although, now he knows how much of a good liar Milt is and that could be either a good thing or bad.