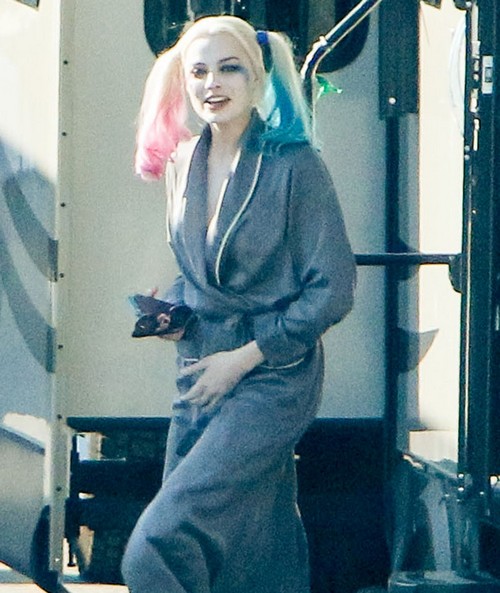 Ben Affleck and Jennifer Garner just confirmed their divorce and break-up last week, but Ben isn’t exactly sitting at home and drinking away his sorrows – the actor has reportedly moved on and began dating months ago, while he was still married. Who is the lucky lady? Well, Will Smith is not going to be too happy about this but Ben Affleck is rumored to be hooking up with none other than Margot Robbie!

General consensus on the Internet is that the ultimate demise of Ben and Jen’s marriage was caused by his cheating – although it was a mystery who exactly he cheated with. According to a new report in an Australian tabloid, Ben’s mistress was hi Suicide Squad costar Margot Robbie! And, it wasn’t just a one time hook-up, apparently Ben was smitten with Margot when he saw her in “Wolf Of Wall Street.” Then, when they began working together and getting to know each other on the set of “Suicide Squad,” Ben developed real feelings for Margot.

Obviously Ben Affleck’s reps are denying the cheating allegations and his relationship with Margot Robbie, he is about to go through a rumored $200 Million divorce – the last thing he needs is mistresses coming out of the wood work, that’s a sure fire way to lose his entire fortune to his soon to be ex-wife Jennifer Garner. And, after Will Smith’s rumored cheating with Margot Robbie, we know one thing for sure – wedding rings don’t stop the up-and-coming actress from getting what she wants. Ironically, Will Smith and Jada Pinkett-Smith are supposedly getting divorced too. Did Margot Robbie seriously destroy two iconic Hollywood marriages in one year?

What do you guys think? Is Margot Robbie the real reason behind Jennifer Garner and Ben Affleck’s divorce? Once the dust has settled do you think Margot and Ben could go public as an official couple? Let us know what you think in the comments below!