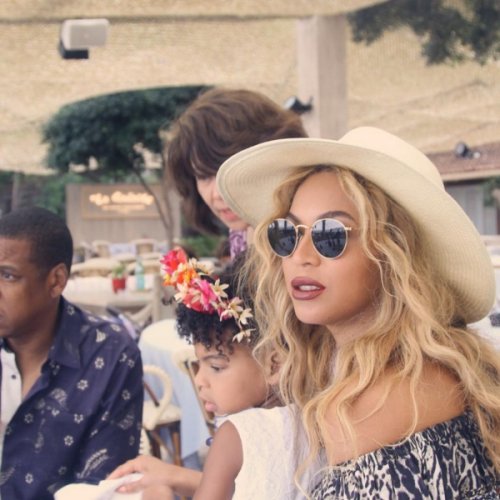 Could Beyoncé and Jay Z divorce news be just days away? Allegedly explosive fights are causing even more damage to an already crumbling marriage. Is the couple living at opposite ends of the newly rented multi-million dollar mansion in Beverly Hills?

There are reports that the volatile fights between Queen B and Jazzy have escalated and music’s most powerful couple will be dividing up their fortune in court very soon.

A member of the staff at Bey and Jay’s new home disclosed to Radar Online that the multi-millionaire superstars live at opposite ends of a “very long hallway” and three-year-old daughter Blue Ivy’s room is in between.

The insider went on to say that when Jazzy and Queen B moved into the new mansion in November there were “explosive fights” the couple didn’t even try to hide – they screamed at each other right in front of staff members.

An unnamed insider previously reported that this is nothing new. Jay Z has been fed up with Beyoncé Knowles diva act for a very long time. But moving into the rental in Beverly Hills may have been the last straw.

The staffer reported that Beyoncé wasn’t pleased with the way Jazzy was handling the move and started barking all kinds of orders. Apparently the entrepreneur snapped and told the “Single Ladies” singer that the only reason they moved into the house was because that’s what Beyoncé demanded.

The inside source says the rapper is sick and tired of being Bey’s b****. “Being Beyoncé,” the unauthorized biography by J. Randy Taraborrelli, exposed the couple’s long history of nearly knock-down-drag-out fights.

While dating, Beyoncé Knowles and Jay Z were plagued by break-up gossip. And divorce rumors have persisted during the couple’s marriage. Both have constantly denied their union is teetering on the brink of divorce, but this time the buzz could be true.

Jay may come home one day to find that Bey has tossed all the Def Jam music mogul’s possessions out on the front lawn of the multi-million dollar mansion he never wanted in the first place.

What do you think? Has Bey finally pushed Jay to the boiling point? If the couple does divorce, who gets what? There is a lot of money at stake if Queen B and Jazzy call it quits and it could get very ugly very fast.