Beyonce Back Together With Destiny’s Child: Mathew Knowles Hints At New Album and Tour 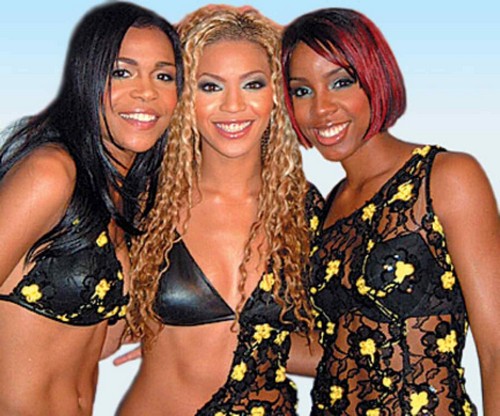 Is Beyonce getting back together with her former band Destiny’s Child? About once a year rumors pop up that there is a Destiny’s Child reunion in the works. This time, the rumors were actually started by Beyonce’s father himself – Mathew Knowles. At one point Mathew Knowles was Destiny’s Child’s manager, and then went on to manage Beyonce and Solange’s solo careers. Over the course of the past few years he lost a lot of credibility when Bey kicked him to the curb, and he was struggling to make ends meet and reportedly had a yard sale to sell some of his daughters’ memorabilia.

Mathew Knowles had a chat with a reporter from the Huffington Post on Monday September 21 – and he revealed that he was hopeful there was a Destiny’s Child reunion in the works. Of course, the internet took his statement and ran with it – and before we knew it social media was buzzing about Beyonce getting back together with the girls. Mathew stated, “I am extremely hopeful that the ladies will come back with an album and a tour.” The operative word there being “hopeful,” not “it’s happening guys!”

At this point, the odds of a Destiny’s Child album and tour are slim to none. Let’s keep in mind, this is Beyonce we are talking about. The same woman that was “too famous” to even be interviewed by Vogue Magazine this summer. Over the course of the past few years, Bey and her hubby Jay-Z have reached a whole new level of conceit and a sense of superiority we didn’t even know could exist. Beyonce wouldn’t be caught dead slumming it with her amazingly talented former bandmates Kelly Rowland and Michelle Williams. If you ask us, Kelly and Michelle are better off without her.

Do you think there will ever be another Destiny’s Child album? Or is it time that fans let go of the idea? Maybe Mathew Knowles should as well. Let us know what you think in the comments below!