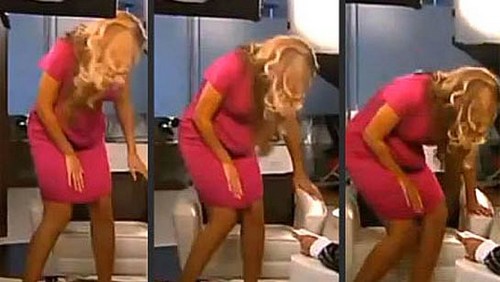 Beyonce and Jay Z are desperately trying to get pregnant and have been for years, according to a new report. Kim Kardashian and Kanye West producing baby Saint West have made Bey and Jay even more desperate for a son.

The struggle to conceive a sibling for Blue Ivy, preferably a brother, has the couple considering all options in order to grow their family. Jay and Bey have even considered hiring a secret surrogate, just like some insist they did with the last pregnancy.

Beyonce made it clear back in 2013 that she wasn’t done having kids. Bey and Jay really want a sibling for 3-year old Blue Ivy and are starting to get impatient with the process. The hip hop power couple have struggled to conceive since having their daughter back in 2012.

Now Beyonce is starting to get frustrated with trying to grow her brood and may even resort to hiring a surrogate according to a recent report in Star magazine.

There have been rumblings that Kim Kardashian’s recent birth of Saint West has caused some problems for Jay and Bey. Apparently Jay Z is really jealous that Kanye West had a son before him and the pressure is on for Beyonce to get pregnant too.

A source close to the couple told Star, “They’ve come close a couple of times only to be met with disappointment. The source added, “It’s heartbreaking.”

With 2015 coming to a close, the report claims that Beyonce and Jay Z have decided that in the upcoming year, they will have another child no matter what it takes. This means Beyonce may really hire someone to be pregnant for her.

There have been plenty of suggestions that Bey and Jay paid another woman to carry Blue Ivy despite their insistence that Beyonce had a traditional pregnancy.

There’s nothing to stop Bey from using a surrogate the second time around though. There is enough money between hip hop’s most famous couple, they can try every available method to conceive, pay someone else as a surrogate or they can always adopt.

No matter what it takes, Beyonce and Jay Z are planning to add to their family in 2016 and it sounds like they will do whatever it takes to make sure Blue Ivy is not an only child.