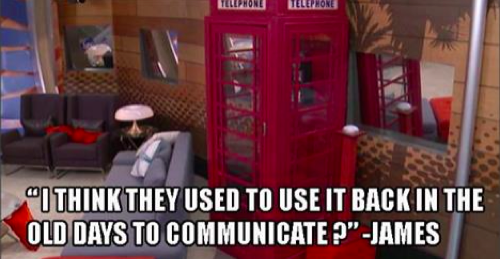 Tonight on CBS Big Brother 17 airs with an all new Sunday July 12, season 17 episode 9 called “Episode 9”, we’ve got your recap down below! On tonight’s episode nominations for eviction are revealed.

#BB17 begins with Austin and Vanessa as the new HOHs. Audrey wonders if they will be coming at her. Audrey says there is bad blood between her and Vanessa. She decides to play nice. We see a flashback to her talking to Liz and asking for confirmation that she’s a twin and promising that she won’t tell anyone. She tells her she’s actually talking to Julia, not Liz. Julia decided to trust Vanessa.

Vanessa tells her some of the differences people have noticed like one sleeping more, one eating more. Then Vanessa says they can likely get Shelli on their side. Then Vanessa decides to pull Shelli and Clay in to try and protect Liz and Julia. Vanessa tells them that if they can protect Liz until week five then Julia will come into the game and that will give them another number.

Shelli says she doesn’t know how long people will tiptoe around it. They tell her to not be alone with Jason, James or Audrey. Then Vanessa mentions the twin thing to Austin and he is clueless. He had no idea then he asks why it matters if she’s a twin. Vanessa tells him to get in the game. She says they’ve been switching every three days. He says he thought they had a good connection then noticed not.

Then Austin goes to talk to Shelli and Clay and tells them he doesn’t pay attention. He says now that he thinks about it, she looks very different and says it will be hard to keep her through five evictions. Meg wants Audrey to go and talks to Jason about it. He’s worried he could be a candidate since he’s never talked to Austin or Vanessa about strategy?

Jeff is clueless and had no idea that there were two HOHs – what? Where has he been. Austin talks to Julia in whispers and he says he thought he had a different connection. He says she fooled him. James chats with Jeff and they wonder if they will back door Audrey like the former plan. James has never talked game with Vanessa and says he doesn’t know what to think and is worried.

Vanessa tells Austin this alliance will take them to the top six. She wants to work on James, Jeff or Jason. Austin says with them thinking they’re targeting Audrey, it could work. But secretly, Austin thinks that could spell trouble for him. Vanessa really wants Jeff out but then also tells Austin that she really doesn’t like James as a person and could back door him.

Austin worries he may be the one she’ll go after when she’s done with those goes. He’s happy to go with what she wants though and target those guys. Austin and Vanessa invite everyone out see their HOH rooms. Vanessa is happy to see photos of her GF Mel and her doggies and Austin is happy to have photos of his dad and brother. Clay is shocked to see Austin’s Clay Aiken photos.

Austin says he loves Clay Aiken and his music touches something deep inside him. Julia and Liz talk while they prepare to swap. Julia tells them who knows about them. Liz catches up with Vanessa and Austin once she gets back into the house. She eats gummi bears in Vanessa’s HOH room even though Julia just told her to eat less and work out more. Vanessa tells her no more gummi bears.

She says they have to do damage control. Shelli comes in and hugs her and they dance around. Steve and clay manage to upend the hammock. James and Jackie talk nominations then talk about Liz twin theories. Jackie thinks there’s only one Liz. John says he thinks there are two because one has a front crown. He knows teeth! Jeff is a moron and asks if John says so that means there’s only one.

John says no that means there’s two. They decide to go talk to her and try to spot the crown. Jeff says John is a genius. They go to find Liz. John sits by her and he decides to pretend he has a camera and he takes some photos like he’s doing a photo shoot. She doesn’t smile. She doesn’t show her teeth. She says she’s on to them and they’re acting weird. They play dumb and she says they’re shady.

John can’t get close enough but thinks the teeth look different. They give up and leave. Jeff goes to Austin and says there’s a conspiracy theory about her. He think he’s going to give Austin a tidbit of information about him. He asks if he’s noticed that Liz works out and sometimes she doesn’t. He says maybe she has a twin. Austin laughs and says maybe they can do some recon.

Jeff says he thinks maybe one has a crush on him and one has a crush on Austin. He says John just went up to look on her teeth. He tells him about the crown on one of her teeth. Austin thinks this makes Jeff a bigger target. Austin plays along. Then Austin goes and tells Vanessa and Liz they need to back door James or Jeff. Vanessa talks about how they can put someone up to throw it plus pawns.

Liz says they can’t put John up again and Vanessa says if they do, they have to offer him something good.

Austin and Vanessa talk to John to make an offer to throw and offer him no more pawn, and will keep him safe through when there is 10 people. He knows he just has to do it when both the HOH. It’s time for the nomination ceremony. Austin goes first. He nominates Meg and Jason. He says he nominated Meg so she can prove herself and says there’s a bigger design and hopes they understand.

Vanessa nominates James and John. Vanessa says James has been very mature as HOH and knows he will respect it as a game move and says she knows John will pull himself off the block and wishes them both luck. They adjourn it. John is mad that he’s not the first spot and says that’s his spot in the nomination ceremony. James think this is a bad deal all around.

Audrey wonders if they are plotting to back door her and you never know what will happen. James tells Meg he thinks it’s a back door Audrey plan but Meg is crying and upset. Austin tells Meg and Jason that the plan is to go after Audrey as a back door plan. He says he hopes they win. Jason says it doesn’t look like that with them up against two more capable male nominees.

Meg says she and Jason might win if it’s cooking or bedazzling something but says she’s never seen a BOB competition like that yet. Austin says that’s all he can tell them. Jason says he doesn’t trust anyone with a penis, especially Austin. James tells John not to worry. James thinks John is a competition beast and that they’ll be safe. John thinks it’s funny because James doesn’t know he’s throwing it.

The #BattleOfTheBlock is starting. It’s Gronk’s amazing foam party. The competition starts and they have to match lost and found stuff to partyers in the maze. James says it’s disorienting. He gets lost in the foam. Each time matches on partyer. John says it’s crazy. He accidentally gets a second and worries he won’t be able to throw it. Meg ties it up 2-2. Jason and Meg pull ahead by two.

John wonders if James is actively trying to throw it letting them get that far behind. Meg and Jason are killing it – good thing the girl and the gay guy got a fashion-related challenge. They are so excited. Vanessa is thrilled. That dethrones Austin as head of household and he gets soaked in foam and it knocks him off the sofa. Austin is proud of John for doing what he wants.

James really hopes that Audrey is the true target. John says he’s getting good at doing their dirty work for them and says soon he’ll be coming after them too.