Big Brother 17 Recap – How Clueless Can One Guy Be? Season 17 Episode 10 “PoV and Final Nominations” 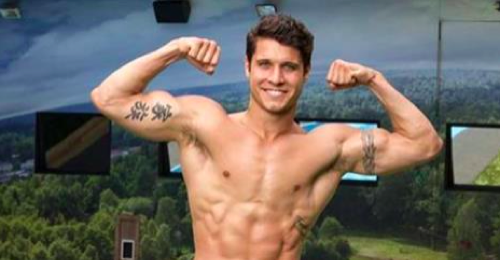 Tonight on CBS Big Brother 17 airs with an all new Wednesday July 15, season 17 episode 10 called “Episode 10”, we’ve got your recap down below! On tonight’s episode the Power of Veto competition is held.

On tonight’s BB17 as per the CBS synopsis “during the veto meeting, the power of veto competition winner can save someone from eviction.”

#BB17 begins with Jason thrilled to be off the block. Austin tells Vanessa that it’s great and says they need to target Jeff or James. Vanessa knows the house wants Audrey gone but she wants to find a way to send one of them home for sure so they don’t come gunning for her. John asks Vanessa if James was throwing the BOB but she says he was legitimately awful. John says it’s like Groundhog Day because he keeps getting nominated and throwing things. He and Vanessa hug it out.

James tells John you had to have a keen eye to win that and says that competition was made for a girl. Meg laughs. James says they’re going to focus on getting Audrey out the back door. Clay comes to talk to Vanessa and she says Jeff and James are the targets and asks who she wants to go home. She says either of them. She says James is a competition beast so he’s a bigger threat than Jeff. She says sending James home is the best bet. Austin thinks Jeff is the bigger target but is willing to play along.

It’s time for the ninth #TwinTwist swap. One has a cold so it’s an issue. Liz tells Julia she needs to be more like her. They kind of bicker over this. She tells Julia to keep her crowned tooth covered at all costs. Audrey comes up to Vanessa’s HOH room to see if she’s targeting her. Austin and Vanessa tell her she’s got nothing to worry about and they hope she gets picked for POV and wins, that would be the best-case scenario so she can’t possibly go on the block.

Vanessa says that way no one can know they’re working together but the plan moves forward. Jeff comes looking for Austin and they talk about POV and that they hope Audrey doesn’t get a chip. Austin reassures Jeff that it will work fine to get Audrey out. Jeff tells him that he wants to take Shelli out because he thinks she’s f-ing Clay up. Then he starts talking about Liz being a twin again. This makes Austin want to target him more. Vanessa calls for the veto player pick.

She, John and James will each pick a name. Vanessa goes first and gets Shelli. That’s good for her. John picks and just hopes it’s not Audrey since he thinks she’s the back door target. He chooses Austin. That also works for Vanessa. James reads Audrey. That is the best-case scenario for Vanessa’s plan and Jacob is furious since that mans Audrey could be protected against a back door deal. Audrey comes to the HOH room and Vanessa says she shouldn’t be up there now.

Shelli comes in and Vanessa tells Audrey she needs to leave so no one thinks they’re working with her. Now it’s time for the #PowerOfVeto and it’s a gambling set up. Becky announces that Gronk loves a Vegas party. They have to challenge another player in a head to head Gronk and Roll. Both get into a giant dice. They have to roll it fast for the targeted number to get it back to the starting point. Vanessa is first and challenges Audrey so she can try and throw it to her. They have to get a two.

Now it’s down to Austin and John. Austin doesn’t want to win POV and have to be the Judas so he doesn’t push so hard and John wins it. John talks to the #POV necklace and says he missed him and talks to it doing funny voices and says it gives him the power to do what the hell he wants to do.

John says he’s sick of being a pawn and is now a power player and is ready to come at people who want to put him up some more. James tells John that once he knew Audrey was out of it, he felt safe. John thinks James is being naïve since there are 13 other people in the house who want the $500k. Vanessa tells Austin that she knows he threw it to John. He says he didn’t. They argue and she says she’s not dumb. He says he was confused because he wasn’t sure if he should win or let John win.

Austin says he tried to finish James off and she says she made it clear that she wanted Austin to win and thinks he was targeting Jeff and that’s why he let John win. She starts crying and he says he was not slowing down. Austin acts upset and tells her he’s not lying to her. Vanessa calls everyone to the living room and says when Gronk calls them to a party they have to come do what he says or they will become a have-not for the week.

Gronk calls everyone for a toga party then tells them to dance. Then they’re called to a pool party. Then he calls them for a shower party. He tells them it’s midnight and to kiss. Next is a costume party. It happens all the time – while they’re cooking, sleeping, constantly. It’s so constant that everyone is pissed. Clay says this sucks. Jeff comes to talk to Vanessa who is with Jacob. She sends Jacob out. Vanessa says she wants to do the right thing for herself and make people happy too.

She talks about not putting Audrey up because she’s transgender. Vanessa admits she wants to get rid of James. Then James shows up and Jeff leaves. Jeff is really upset. He goes to tell Clay and Jason that Vanessa isn’t going to back door Audrey. Clay plays dumb to try and protect himself and Shelli. Jeff says Audrey has brainwashed Vanessa. James comes back down and Jeff tells him the conversation with Vanessa isn’t good for him. Austin comes to sit and Jeff says she’s targeting James now.

Austin says he’s going to go talk to her. Jacob then whispers to James that Austin already knew. He says he could tell by the look on his face. He says this whole week has been a ruse and Austin is in an alliance with Vanessa. Later, Jeff tells Clay that Austin needs to go because he has too much pull and is not trustworthy. He asks Clay not to say anything. He says he won’t. Clay then runs right to Austin and tells him the whole thing. They want to target Jeff.

Austin goes to chat to Vanessa. He says Clay just came to talk to him and tells her about the conversation that Jeff and Clay has. She says to call Jeff out publicly so she has an excuse to put him on the block. Austin goes to confront him and says he’s hearing that Jeff is talking about him. He says he thought they were friends but now people are telling him that Jeff is targeting him. Then he says that Jeff told him that Shelli needs to go because of the influence she has over Clay.

Shelli gets mad and Jeff starts scrambling to try and cover. Austin calls Vanessa. They call Jeff on the carpet. He lies and Vanessa then goes downstairs and talks about how he lied to her face and is swearing on the Bible. She tears up and says he sealed his fate. Gronk calls everyone to the living room and says if they won a competition this week, they get a chance to go on Gronk’s party ship for three days in February from Miami to the Bahamas.

The two HOH, two BOB and the POV winners get to chug a red solo cup to see if they get a winning chip. Meg wins it and is so excited. John calls everyone for the #VetoCeremony. Gronk calls for a party before John can reveal his POV decision. That stops and John says he’s saving himself. Then Vanessa steps up and says this person wasn’t on her radar but there are events she can’t ignore. She says Jeff lied about her to a room full of people and took a swing at her integrity. That adjourns it!