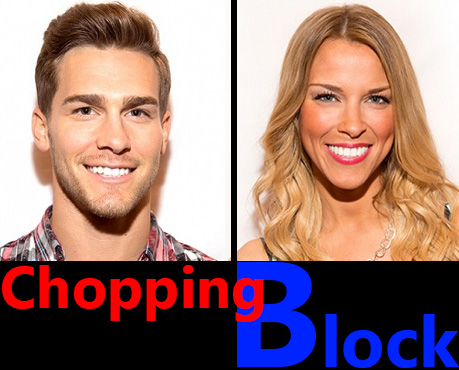 According to Big Brother spoilers from the live feeds, Clay was already basically on his way out of the house this week and the houseguests were planning on voting him out at the eviction ceremony – now any chances he had of saving himself are completely blown after he and Shelli exposed Sixth Sense to the reigning Head of Household. It looks like everything might wind up working out in James’s favor though; Austin and Vanessa have been up talking game and have decided that they best way to mend the situation is to bring James into the alliance and work alongside him so that he doesn’t feel the need to tell everyone what he learned from loud mouths Shelli and Clay.

Despite all of the campaigning Shelli and Clay did trying to persuade HOH James to switch up his nominations, he opted not to use the Power of Veto and left the showmance up on the eviction block. So, Clay is still most likely going home – and after he leaves, Shelli will be walking around the BB17 house with a huge target on her back because she threw Sixth Sense under the bus. Spoilers tease that Vanessa Rousso is playing it cool and told Shelli not to worry about it, but we all know that none of them are going to forget about her loose lips anytime soon.

Have you been watching Big Brother season 17? Are you sad to see Shelli and Clay split up? After Clay leaves do you think that Shelli will be the next one evicted because she told James about Sixth Sense? Let us know what you think in the comments below and don’t forget to check CDL for all of your BB17 spoilers and recaps.