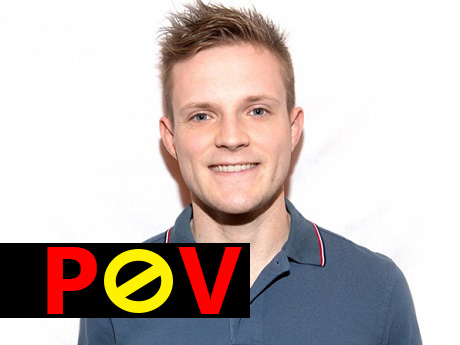 According to Big Brother 17 spoilers via the CBS LIVE feeds, the Power of Veto competition has taken place and John managed to score the coveted title. After watching the LIVE feeds all afternoon, I can safely say that my brain has been reduced to the consistency of a free 7/11 Slurpee. But I watch them so you don’t have to.

Vanessa managed to secure her spot as HoH during Week 3 and her main goal is to send home James. Since James didn’t win the PoV, he’ll obviously remain there. Johnny Mac will obviously remove himself from the block, so now Vanessa is forced to make a replacement nom. It’s probably going to be Jeff, who was her second target, but now she’s struggling to come up with a credible reason to put someone else up over Audrey, as many people this week thought that the goal was to backdoor her. She’s one of the most despised people in the house.

While many people are getting SUPER fed up with Audrey Middleton, the House’s Wild Child and master manipulator, Vanessa continues to get closer and closer to her. Audrey and Meg had a rather heated discussion earlier where Vanessa ended up being the moderator, all in an effort to figure out the truth regarding a lingering issue: Did Audrey really come to Meg and tell her to watch out for Vanessa and her team’s supposed desire to flip the house?

At the end of the conversation, Vanessa decided to side with them both and, basically, made them both to agree-to-disagree. V said that she genuinely believed them both; however, later, V kind of made it seem like she sided closer to Audrey. She wants to believe her so bad. V revealed to Austin and Julia that she understands the position Audrey is in: She’s doing what she’s doing to protect herself; she’s a player in this game just like everyone else.

V says that Audrey wants to trust them (i.e. Liz/Julia, V, Austin) SO badly. As it stands, Audrey is in their alliance…but she has a loose place with them at the moment, something Clay frequently reminds Vanessa of whenever they bring up her name and game in the house. It will be interesting to see how she proves herself in the coming days and weeks (if she stays that long). I think we can almost be certain of one thing: Vanessa won’t be putting up Audrey this week, as she knows Audrey’s not her biggest threat at the moment.

Hopefully V and Austin and their associated clan will come up with the reasons/evidence they need to put up Jeff and send either Jeff or James packing.

What do you think about Johnny Mac winning the Power of Veto? How do you think things will shape up? Leave your thoughts in the comments section below, and don’t forget to keep checking CDL for all your BB17 spoilers, updates, gossip, and news.