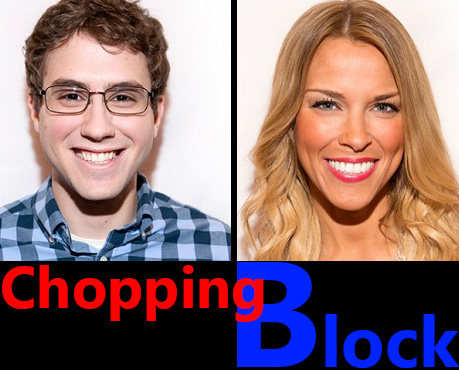 According to Big Brother 17 spoilers courtesy of the CBS Live Feeds, week 7 Head of Household, Becky B, has nominated Shelli & Steve. Interesting choices. However intriguing these noms may be on the surface though doesn’t quite matter, as there appears to be a backdoor plan in the works – and somebody named Vanessa looks to be the target.

While Becky might not have nominated Vanessa right out of the gate, word around the house suggests that the master manipulator and boss of the Sixth Sense alliance might need to pack her bags this week. Vanessa’s wit and cunning and ability to dominate the game with her words and strategy have started to make people feel uneasy, so it’s really no shock that she’d be the next piece to (hopefully for her opposition’s sake) be extracted from the Big Brother season 17 game.

Becky’s plan could still fall through though, especially if V is chosen to play in the PoV competition and wins it. If that happens, she could not only stay safe this week but also remove teammate Shelli from the block. But if Becky wins the PoV and sticks to the promise she gave Shelli right after the nom ceremony and removes Shelli, only to be replaced by none other than V, then Vanessa will most likely be a done goose and evicted.

What do you make of Becky’s week 7 decision? I’d personally be sad to see Vanessa go, as I think she has played a really cool game so far. Leave us your thoughts in the comments section below. And don’t forget to keep checking CDL for all of your Big Brother spoilers, gossip, news, and updates!