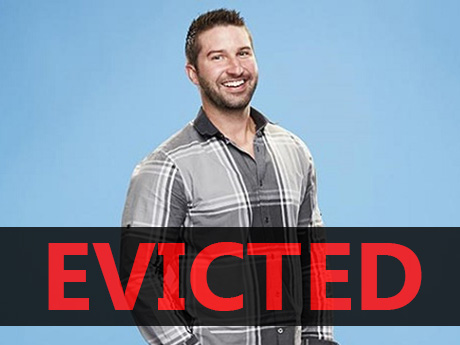 Big Brother 17 spoilers have been coming at us all week thanks to the LIVE Feeds. Week 3 has come to a close and, after tonight’s LIVE eviction ceremony, Jeff Weldon was voted out of the house. Professional poker player Vanessa Rousso had been the reigning Head of Household this week and dominating the BB17 game play. At the beginning of Week 3, she made it clear that Jeff was her primary target. After the Battle Of The Block and Power of Veto Ceremony, Jeff Weldon is right up on the block against James Huling – exactly where Vanessa wanted him.

Big Brother 17 spoilers from the CBS LIVE Feeds teased that Vanessa had been making alliances and cutting deals left and right to ensure that Jeff Weldon was evicted during the live vote. All week long it has looked like Vanessa’s plan was going off without a hitch, but as the hours began winding down before the live vote, some of Vanessa’s alliance members (namely Clay Honeycutt) began questioning whether or not Jeff would (or should) be sent home. It looked like Jeff’s last ditch attempt to campaign hard for votes in the BB17 house was threatening Vanessa’s plans.
Jeff Weldon’s former pal Clay mentioned giving him a sympathy vote and all hell broke loose in the BB17 house.

Vanessa Rousso made it very clear that if Clay even gave Jeff one vote, their alliance would be over because she couldn’t trust Clay. Surprisingly, Shelli ordered him to vote Jeff out so he didn’t run the risk of upsetting their alliance.

So what lead to Jeff Weldon’s demise in the Big Brother 17 house? Jeff basically had a target on his back when he walked into the BB17 house because he was a former Amazing Race contestant – so he was under a microscope since day one. Of course, his behavior towards Liz and Julia Nolas didn’t help his case any. Vanessa Rousso dubbed him “sexist” and a “womanizer,” which automatically left a sour taste in the other houseguests’ mouths.

What do you make of Jeff Weldon being the third houseguest to leave the BB17 house? Leave your thoughts in the comments below and don’t forget to keep checking CDL for all your Big Brother spoilers, updates, news, and gossip!