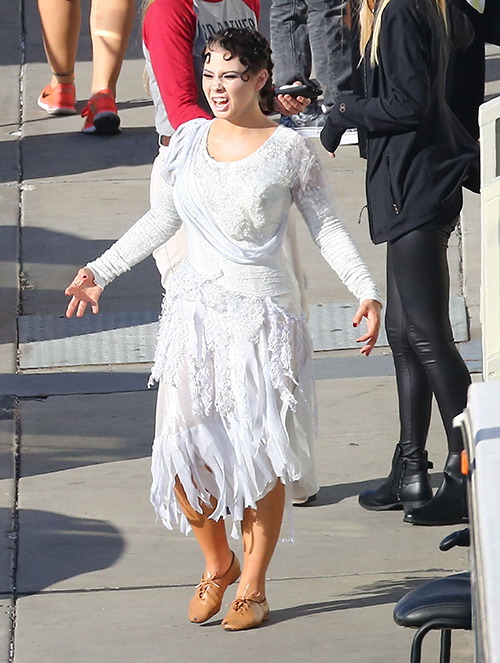 Dancing With The Stars producers are obviously thrilled with the ratings gold that they scored when they cast Bindi Irwin, the late Steve Irwin’s daughter on Dancing with the Stars season 21. It was no secret that Bindi would be a frontrunner on the show, but nobody really anticipated just how far America’s obsession with the Crocodile Hunter’s daughter would really go. And DWTS producers are already planning ahead, and reportedly trying to recruit Bindi’s little brother, 11-year-old Robert Irwin, for next season – in hopes that they will be able to duplicate this season’s success.

Bindi Irwin and her family recently sat down for an interview on the Australian version of “Today Show,” and the reporter jokingly asked Bindi’s mother if she was interested in starring on the next cycle of Dancing With The Stars. Terri Irwin laughed that her dancing skills weren’t up to the par – but then she revealed that the DWTS producers were interesting in casting her son Robert though.

Terri dished to the Australian reporter, “Robert is being eyed off by the producers.” Bindi doesn’t mind the thought of having to share the dancing spotlight with her little brother, she added that she thought Robert would do great on the show. And, of course, Robert was all for the idea too. What 11-year-old boy wouldn’t be excited about the idea of prancing around on live television with hot older woman on your arm wearing a leotard? We can all agree that 11 years old is a bit young – but if they wait a few seasons then the Irwin sensation may have died down.

What do you guys think? Are the DWTS producers crazy to be considering casting an 11 year old? Will Robert be as good of a dancer as his older sister? Share your thoughts in the comments below!