Blac Chyna Threatens To Beat Up Kylie Jenner As Revenge For Tyga Cheating – Soon As She Turns 18 Years Old? 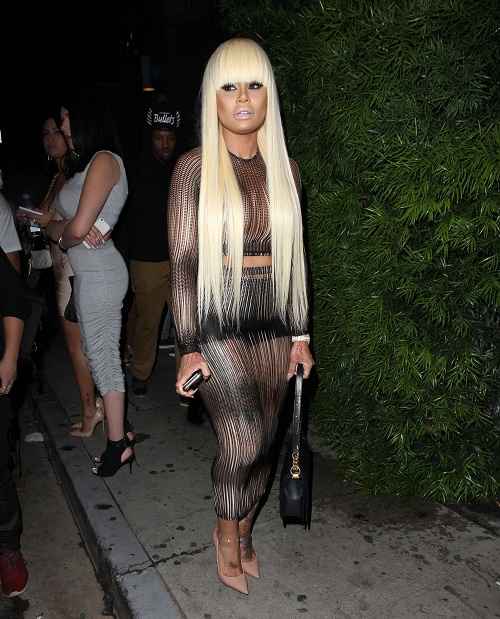 Blac Chyna and Kylie Jenner’s feud over Tyga rages on – and Chyna plans on beating up Kylie as soon as she turns 18 years old. The problem with your baby-daddy cheating on you and running away with a 17 year old is, technically, you can’t confront them because if the altercation ever turned physical, well, you’d face a slew of charges for attacking a child. Kylie Jenner is set to turn 18 years old this August, and once she is legally an adult, she might want to beef up her security because Blac Chyna is reportedly planning on jumping the Keeping Up With The Kardashians star.

The May 11 edition of Star Magazine reveals, “The youngest Jenner sister’s relationship with Tyga has infuriated his ex-fiancée Blac Chyna, who wants to take her beef with Kylie off from social media and in to the boxing ring. The former stripper has posted cryptic tweets seeming to encourage her followers to jump Kylie … or she will do it herself.” According to Star’s inside source, “Chyna wants to give Kylie a beat down – she knows she would look bad for attacking an underage teen so she has been plotting revenge since Kylie broke up her family.”

As entertaining as it would be to see Blac Chyna and Kylie Jenner brawling in the middle of the street – hair extensions and fake nails flying – it will most likely never come to fruition. Kylie Jenner has four sisters who would rush to her aid – and that is if Blac Chyna ever gets through her security. But, if by some chance Chyna’s day comes and she does get a chance to confront Kylie in person, we sincerely hope someone has the decency to film it on their cell-phone so that we can all enjoy it.

Are you Team Chyna or Team Kylie? Do you think that Chyna would ever make good on her threats? If by some unexpected chance Chyna and Kylie do end up fighting – does Kylie stand a chance, or will Chyna annihilate her? Let us know what you think in the comments below!