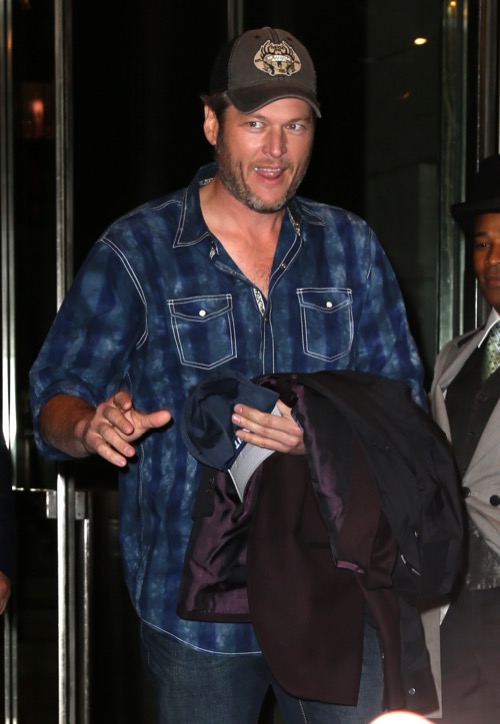 Gavin Rossdale was spotted in Los Angeles on Sunday, November 15 and he was wearing what looked to be a wedding band on his ring finger. It’s unclear if this is the same band Gwen Stefani gave to Gavin Rossdale when they were married but it’s certain that Gavin is trying to send a message.

Gwen walked out on Gavin Rossdale and her marriage when the “Wind It Up singer caught her hubby cheating with the longtime nanny. Despite spending three years cheating on Gwen Stefani, Gavin Rossdale reportedly is still in love with his pop star ex-wife. The Bush front man still wears a wedding band in hopes that Gwen will see how sorry he is and give him another chance.

Gavin really regrets having the affair and is still holding out hope that he and Gwen will reunite. Gwen Stefani has totally moved on though. Stefani has found love on “The Voice” with a rival coach and co-star. Now that she and Blake Shelton are out in the open with their romance, Gwen Stefani isn’t even considering a reunion with Gavin Rossdale.

Instead, Gwen Stefani is channeling all the hurt from Gavin Rossdale’s affair and the end of her marriage into possibly several albums. Meanwhile the “Baby Don’t Lie” singer is thoroughly enjoying her new relationship with Blake Shelton. Gwen and Blake have been extra flirtatious since they went public with their romance and Gwen has never looked happier. Blake Shelton is really protective of Gwen and it’s understandable that the harder Gavin Rossdale tries to win Gwen Stefani back, the more furious Blake Shelton gets.