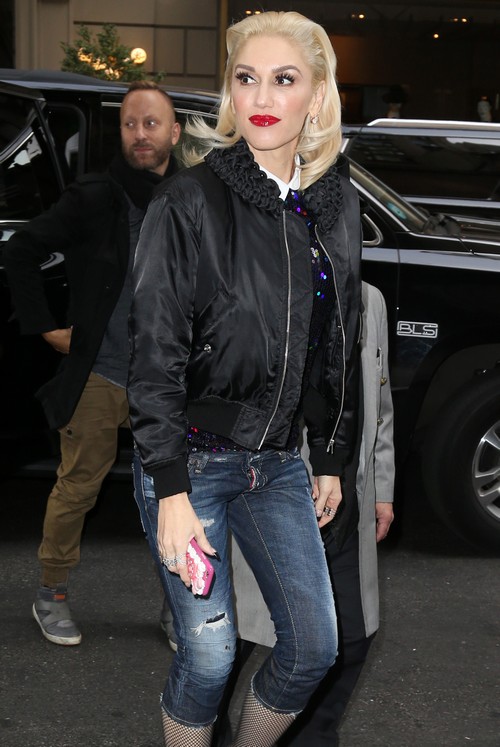 As cheating and pregnancy rumors fly, is the stress getting to Blake Shelton and Gwen Stefani’s relationship? If Blake Shelton’s quick and easy divorce says anything about him, it is that he is a laid back low drama kind of guy. Has Blake Shelton bitten of more than he can chew in the drama department by getting involved with Gwen Stefani?

Not long after the two made their relationship public, Us magazine released their story on the three- year long cheating scandal between Gwen Stefani’s husband, Gavin Rossdale and the family nanny Mindy Mann. If the cheating scandal itself wasn’t enough, Gwen Stefani found out through the family’s other nanny.

Talk about embarrassing! On top of that, photos have surfaced of nanny Mindy Mann not only stealing Gwen Stefani’s style, but dressing in identical outfits, as reported by E!news. Talk about a creepy homewrecker! The real question is, have these news headlines pushed Gwen Stefani to take measures to keep Blake Shelton?

OK! Magazine published a story outing that the couple is expecting, stating Gwen Stefani scheduled a doctor appointment and stopped drinking in preparation for pregnancy. But is Blake Shelton on board? So much is happening so fast in the couples newly announced relationship that it might be happening too fast for the Oklahoma native.

Is it possible Blake Shelton felt it was all a mistake? The curious behavior of Gwen Stefani visiting the doctor and cutting off alcohol could have sparked the pregnancy rumors just to keep Blake Shelton interested.

Apparently Ok! Magazine’s source quoted Blake Shelton saying, “He’d love to have a son he could raise to be an outdoorsman, just like him”. This may be especially true since Blake Shelton’s previous marriages had not produced any children.

ET Online shared Blake Shelton’s tweets where he mocks the idea of a pregnancy, as well as how Blake Shelton spent time responding to fans tweets to deflect the allegation with humor and sarcasm.

Although both Gwen Stefani and Blake Shelton now deny the pregnancy rumors, there is the possibility that Gwen Stefani started them herself to keep Blake Shelton interested in their romance in the wake of all her other family drama!