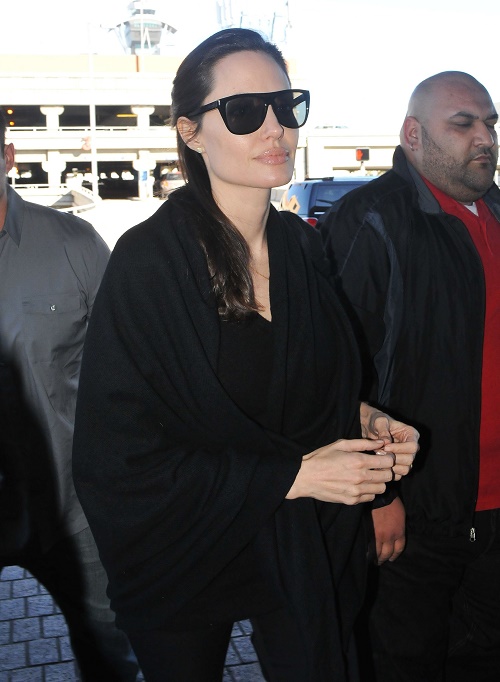 Angelina Jolie and Brad Pitt are PR connoisseurs, which explains how they’ve gotten to the place that they’re at. Being the #1 movie stars in the world doesn’t just entail being ridiculously good looking and making popular movies. There’s a lot of publicity stunts you have to pull, and this is a prime example of why Brangelina is Brangelina.

See, Angelina Jolie just got majorly snubbed by the Academy when she didn’t land a single Oscar nomination for Unbroken. While most people either would have licked their wounds and gone home quietly, fading from the spotlight, OR gone overboard on the PR [hi, Jennifer Aniston], Angelina has done neither. Instead, she’s put her head down and gone to the Middle East to advocate for refugees who have been displaced by ISIS.

I mean, she’s basically showing the whole world that she has more important things on her mind than some stupid Oscar nomination, and even if she’s lying, most people don’t realize that. We know Angelina wanted that nomination because she actively worked for it, but since it didn’t happen, she’s gone ahead and continued her humanitarian work – and as Lainey Gossip astutely points out, that gives the impression that Angelina never even cared about the awards in the first place. It’s almost like, ‘What award?’ The image is that awards are beneath her, as is all this Hollywood glad-handing and butt-kissing. But humanitarian work and visiting refugee camps? Right up her alley. It makes Jennifer Aniston look bad for caring so much about all these awards shows, and really, it makes the whole industry look bad compared to her.

What do you guys think? Do you agree about Angelina Jolie’s impeccable PR timing, or are we assigning ulterior motives where there are none? Let us know your thoughts in the comments below.