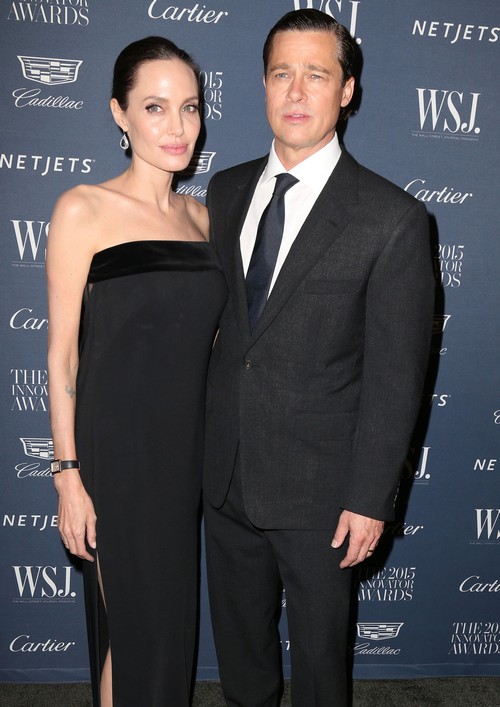 Has Brad Pitt had some major plastic surgery fairly recently? Brad Pitt and Angelina Jolie were looking uncharacteristically happy at the “By The Sea” premiere on November 3 and now we know why. While everyone is reporting on what the Hollywood A-listers wore for opening night of their joint movie, we’re wondering what happened to Brad Pitt’s face?

The award-winning actor and producer was looking about 20 years younger as he entered the Union Square Theatre in New York City. To be honest, Angelina Jolie was looking a lot more glowy and we’re guessing she had some work done too.

Brad Pitt literally looked like he went back two decades. So far, there is no word on what he had done but now Pitt looks more like “Johnny Suede” and less like “World War Z.”

Angelina Jolie looks like she’s beaming right beside him as they were photographed two different times. At both a red carpet event and the premiere of “By The Sea” Brad Pitt was looking really young. There’s really no other way to put it.

There are rumors that Brad Pitt has had plastic surgery in the past. For years there has been speculation that Pitt had work done on his nose and jaw. Thankfully Brad seems to get better with age so if he’s having procedures done, then Pitt has definitely found the right doctor.

The shocking Brad Pitt photos were taken while Brad Pitt and Angelina Jolie promote their joint film, “By The Sea.” The much-anticipated marriage drama was written and directed by Jolie. She also starred in the film alongside hubby Brad Pitt.

Although Angelina Jolie has a track record of making some pretty decent films, Mrs. Pitt is getting some pretty painful criticism for her latest work. A recent review in Deadspin calls Jolie’s film “pricey and self-indulgent.” Jolie and Pitt worked on this movie together for more than a year.

There were rumors of relationship trouble with Jolie and Pitt throughout the making of their film. Angelina and Brad literally got married and then spent their honeymoon on the set of “By The Sea.”

The bickering and general irritation with each other got so bad that the Hollywood couple couldn’t wait to get away from each other. They never got to enjoy being newlyweds. Now all of the sudden, Brad Pitt and Angelina Jolie are looking more radiant than ever and really in love whenever they are out in public.

It seems like Brad and Angie are doing everything they can to rescue their happily married Hollywood persona. They are giving interviews hand-in-hand and talking about Brad Pitt’s unwavering support of Angelina while she made some really difficult decisions about her health.

Both Brad and Angelina look younger and more vibrant while Pitt’s transformation is jaw-dropping. It seems like Pitt and Jolie’s relationship has done a full one eighty and now they are lovey dovey and happy as ever. Is the lovefest real or are Brad Pitt and Angelina Jolie putting on the performance of a lifetime?