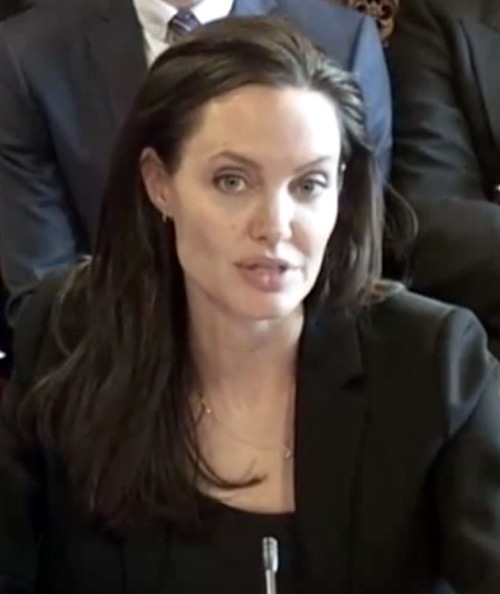 Angelina Jolie and Brad Pitt have been trying to dodge some pretty ugly divorce rumors after word got out that the Hollywood couple had been on the outs. Now it looks like Brad and Angie will be spending a lot of time together and trying to look like they like it as they gear up for an intense publicity tour for “By The Sea.”

Brad Pitt and Angelina Jolie starred in “By The Sea” together, while Angelina also wrote and directed the film. That is a lot of time spent together as Brad and Angie made their movie. It’s understandable that all the closeness would put stress on their marriage, especially when one spouse is giving direction to the other. Not many couples can work together and still get along at the end of the day.

Although Brad and Angie have been together for over 10 years now, they are technically newlyweds. Pitt and Jolie wed in August 2014 and literally spent their honeymoon making “By The Sea.” Making the movie together has stressed them out and both Angelina and Brad are ready to get away from each other and work on other projects.

With “By The Sea” opening the American Film Institute festival on Thursday, Angelina Jolie and Brad Pitt have been forced on a whirlwind press tour together and they are doing the most to look like they are happier and more in love than ever.

Jolie and Pitt have spent a bulk of their interview time talking about their relationship and family. They have also opened up about Angelina Jolie’s health scare and how supportive Brad Pitt has been after Angelina’s elective, cancer preventing surgeries.

The much anticipated Pitt-Jolie film is about a very dysfunctional couple who have drifted apart over the years. The husband is a writer and the wife is a dancer who live in 1970’s France. Don’t forget that Angelina Jolie wrote the film but she denies writing about her own relationship.

During an interview with Tom Brokaw on the “Today Show,” Angelina Jolie said of the film, “I’m counting on the audience to know that if it was close to us at all, we could never make this film.” Jolie continued, “It’s because we’re actually very, very stable and these aren’t our issues.” Who is she trying to convince?

Rumors of arguments and conflict have plagued Angelina Jolie and Brad Pitt for years. Now that Brad and Angie are having to work so closely and present a happy marriage as they do press, people are watching to see when it all blows up.