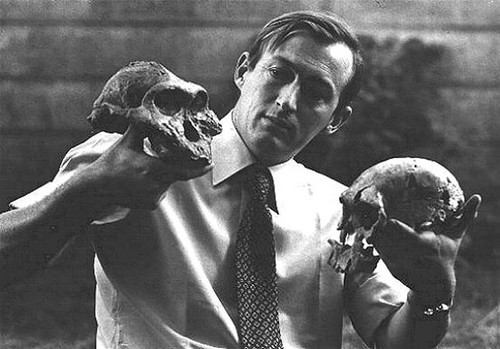 Brad Pitt and Angelina Jolie have finally started working together, years and years after Mr. & Mrs. Smith became a box office hit and began the phenomenon known as ‘Brangelina’. The couple is already working together on the film By The Sea, which will be Angelina Jolie’s third directorial attempt, albeit an indie one. However, it was recently reported that Angelina’s next movie will be a drama named Africa, focusing on the life of Richard Leakey, ‘the famed archaeologist who became a staunch defender of elephants against poachers in Kenya in the late ’80s.’

And guess what? The Wrap is reporting that Brad Pitt is in talks to play Richard Leakey, which would mark the second time that Angelina Jolie would direct her husband in a movie. Perhaps they realized that the combined power of Brad Pitt and Angelina Jolie is always better than to have them embark on solo directorial or acting efforts, and the box office definitely proves that. None of their individual movies have reached the box office power or cult status that Mr. & Mrs. Smith has, and really, people are curious enough that they will turn out for any movie involving both Brad Pitt and Angelina Jolie.

And then, they will also have the combined Brangelina effect for awards season, and clearly, they need it. Neither Brad nor Angelina succeeded in landing Oscar nominations for Fury and Unbroken, respectively, this time around – but with both of them campaigning for the same movie, it’s very likely that they will be more successful.

Do you guys agree? And what do you think about Brad Pitt being directed by Angelina Jolie in her ‘Africa’ biopic on Richard Leakey? Do you think it’s prime awards bait? Or do you think that the Brangelina power will be too lacking to make much of an effect on the box office and/or awards season? Let us know your thoughts in the comments below.