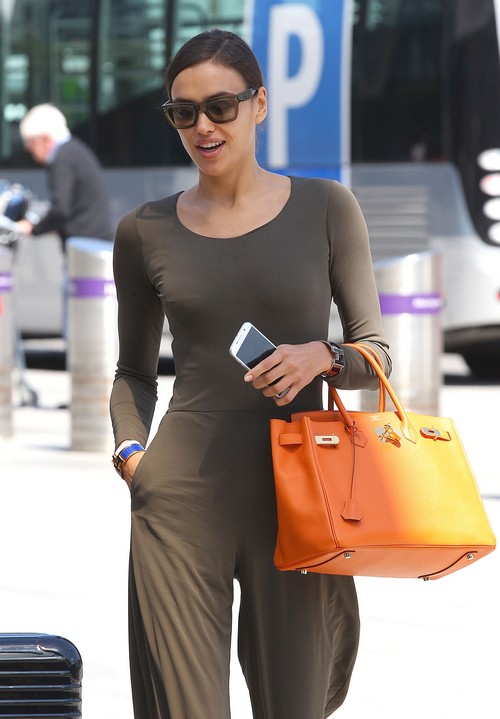 Is Bradley Cooper’s new girlfriend Irina Shayk a gold-digger? Bradley Cooper bounced back quickly from his break-up with long time girlfriend Suki Waterhouse, and replaced her with 29 year old model Irina Shayk. But, rumor has it that the reason Bradley was able to reel Irina in so quickly had nothing to do with his charm, and a lot to do with his bottomless bank account.

According to a Spanish tabloid, El Mundo, Irina Shayk seems to have made it a pattern of dating wealthy men older than her, around here the term is “gold-digger.” El Mundo reported that Irina was one of former FIFA President Sepp Blatter’s “lovers,” and the 79 year old is literally 50 years older than her. Irina insists that the reports are no true, and even tried to set the record straight to E! News.

Irina’s rep told E!, “The rumors regarding an alleged romantic and or personal affair with Sepp Blatter by El Mundo newspaper in Spain is a pathetic attempt at defaming Ms. Shayk and are absolutely not true. We have no intentions of further acknowledging these allegations as they are wholly unfounded.” Yeah…we wouldn’t want to admit that either.

Bradley Cooper just can’t catch a break, throughout his entire relationship with model Suki Waterhouse rumors plagued the couple’s relationship and hinted that Brad’s much younger girlfriend was just using him for his connections and clout. Now, it looks like his new girlfriend Irina Shayk could be up to the same thing. Then again, who are we to judge? Maybe Bradley Cooper likes to be used and depended on by his girlfriends – and has some sort of superhero complex.

Do you think that Irina Shayk and Bradley Cooper’s relationship is the real deal? Or is she just a gold-digger, like El Mundo implies? Let us know what you think in the comments below!