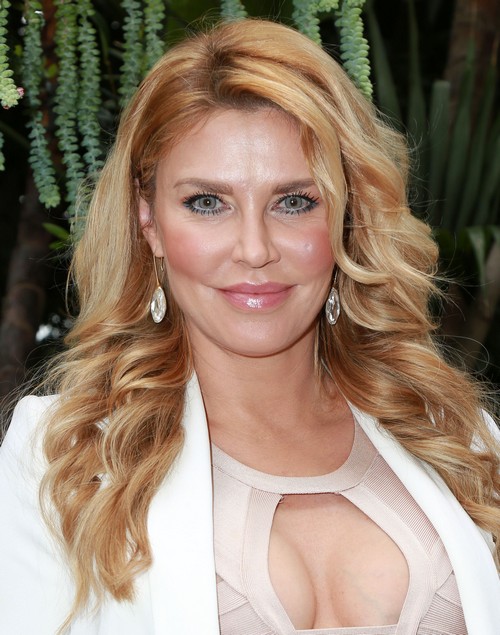 Real Housewives of Beverly Hills star Brandi Glanville just landed an exciting acting gig – and her nemesis LeAnn Rimes is probably trolling Brandi’s Twitter page in a fit of rage as we speak. Brandi took to Twitter on Wednesday June 3 and sent out this mysterious message to her followers, implying that she was adding “Actress” to her resume, “Just got crazy news, if it happens I am going to seriously need like 3 acting coaches!”

Rumors have been floating around for months now that Brandi’s best-selling books chronicling her divorce and dating life were going to be made in to a televised sit-com, and a lot of Brandi’s followers on Twitter seem to think that Brandi will be starring in the series and that is what she might need the acting coaches for. Although, Brandi did make a brief appearance in a Lifetime movie years ago – she hasn’t really dabbled in anything outside of reality TV before.

Of course, the last thing LeAnn Rimes wants to see is her enemy Brandi Glanville succeed – especially at something that she had an epic fail at! LeAnn has appeared in half a dozen romantic comedies, most of which no one has ever heard of. That is actually how she met Brandi’s former husband Eddie Cibrian and began having an affair with him, on the set of a film called “Northern Lights,” which turned out to be a huge flop and would have faded in to straight-to-dvd oblivion if it wasn’t for the fact that LeAnn’s affair created a mediocre buzz for the movie.

Right now, LeAnn Rimes is most likely trolling social media under fake names and commenting on Brandi Glanville’s status and telling her how horrible of an actress she is going to be. It seems like the more setbacks LeAnn encounters in her career, the more success Brandi Glanville comes upon. If Brandi lands her own TV show based on her books – will you tune in? Will LeAnn Rimes lash out on social media over Brandi’s announcement? Let us know what you think in the comments below!