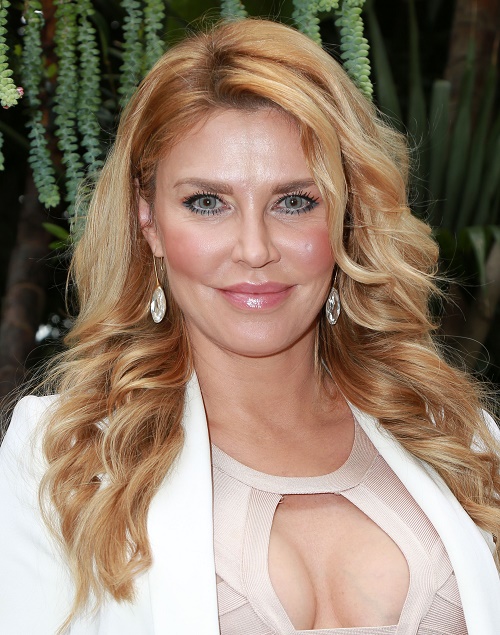 Brandi Glanville has been officially fired from Bravo’s reality TV show Real Housewives of Beverly Hills and will not be returning for Season 6. Casting rumors have been teasing for weeks now that Bravo was revamping the cast and several housewives could be out of a job – but that happens every year around this time. But, in a shocking twist, the rumors were actually true, and Brandi Glanville is out. TMZ was first to report the shocking casting news, but several other media outlets have confirmed it since.

Brandi Glanville is insisting that she wasn’t actually fired and teased on Twitter that she has a “big decision to make.” But, according to insiders, the “big decision” is not whether or not she will return, but whether or not she will return as just a “friend of the housewives.” Bravo has made their decision: Brandi Glanville is out; however, they did offer her a slot on the show as a “friend,” which means she might get some airtime every few episodes, and will be seen in the background at parties. And that is the decision Brandi is reportedly mulling over.

According to People Magazine, Brandi Glanville is not the only RHOBH star that was fired. Glanville’s co-stars Yolanda Foster and Kim Richards, who have been with the show for many seasons, have also been let go by Bravo. Although it’s not really fair to say Yolanda Foster was fired, her battle with lyme disease has gotten much more serious over the course of the last few months – and her health might just not be able to handle filming.

And seriously, is anyone shocked that Kim Richards is out? Recently the RHOBH star relapsed, was arrested, then insisted she didn’t relapse, and then checked in to rehab – not to mention her week-long drinking bender after her daughter’s wedding in which she opted to ignore the Bravo producers’ phone calls.

Will you miss Brandi, Kim, and Yolanda? Or are you happy to see them go? Who do you think Bravo will cast in their places as new housewives for Season 6? Let us know what you think in the comments below!