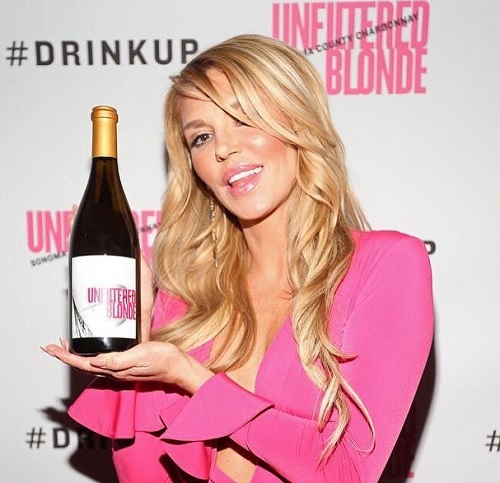 Author and Real Housewives of Beverly Hills star Brandi Glanville has a new venture. She has created an award winning Sonoma County Chardonnay with a renowned Sonoma California Winery. The wine’s name, “Unfiltered Blonde,” is a homage to the star’s often irreverent style and wit. Last weekend the winery celebrated with a release party at their small Lodi California Tasting Room and more than a 1000 fans showed up!

While Lodi, California is one of the more charming of wine towns, it is a trek from both Sacramento and Los Angeles. That didn’t stop Brandi fans. The “Brandi Bunch,” as some prefer to be called, made the effort, a testament to her popularity and fiercely loyal fan-base. Only a hundred or so were expected, but that number kept growing, and Glanville, originally scheduled for an afternoon appearance, states she stayed late into the evening.

The fans met and mingled with their favorite celeb crush, who arrived via her own steam and without handlers. Glanville arrived sporting naturally wavy hair in a pretty knee-length pink peasant dress and wedges. The RHOBH star rose to the occasion and posed for photos with fans, babies, and even puppies as she autographed bottles, books, T-shirts and anything else fans requested. Hundreds of bottles and cases of the Sonoma County Chardonnay flew out of the winery.

The winery owners, Tyson and Jenni Rippey owners of The Vintner’s Group, had planned an elegant sunny 3-4 hour tasting event. The release party included music, food trucks, and low-key casual small town California fun. Instead, it was all that, plus a RHOBH fan experience attended by over a 1000 Glanville fans.

Judy Glanville, Brandi’s mother adds, “The feedback I got from new best friends acquired at the event and others I have known for a while is that they were impressed with how gracious and accommodating Brandi was and rather than coming away with just an autographed item, they came away with an experience they would remember for a long time to come.”

Judy Glanville added, “Her dad and I were greeted and treated like celebrities all day long. It was great fun.”

Glanville’s wine recently won the Bronze Medal Award in the Celebrity Division of the International Wine Awards in Los Angeles. There was no sign of other “Real Housewife” wines in the winner’s circle. That included Lisa Vanderpump’s sangria, which some reviews have described as syrupy.

Glanville’s Chardonnay is currently only available on the “Unfiltered Blonde” website, but due to fan demand, is expected to be stocked in supermarkets and wine markets soon. Fans across the country are lobbying Target to carry the Chardonnay and have been Tweeting Bevmo, Total Wine, and Target. People are frustrated that the wine is not yet on the shelves. The wine retails for $15, as Glanville insisted it be affordable to struggling single moms.

The wine is a crisp blend of melon, vanilla, and oak, with a crisp, polished finish. I was given a few bottles, and my foodie friends enjoyed its clean finish, crisp taste, drinkability and found its quality to be well above its low price point. It appears as though Glanville has added yet another feather to her working girl cap. 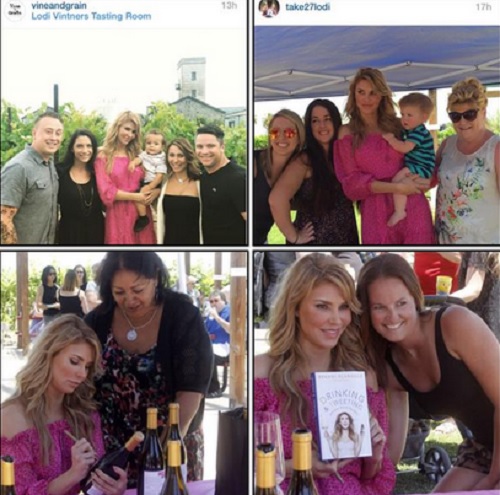