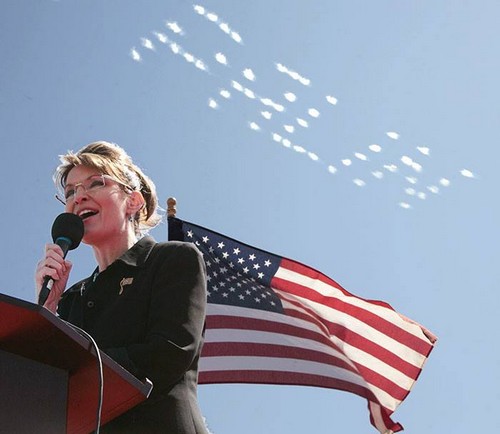 Bristol Palin and Sgt. Dakota Meyers have called off their wedding. In a statement released via Facebook post on Monday, May 18, Sarah Palin announced that her daughter would not be marrying Meyer on Saturday, May 23.

The statement reads, “Bristol and Dakota couldn’t be more thankful for the love and support of family and friends over the past months while preparing for their wedding. They have informed loved ones that unfortunately the announced celebration will not be held…”

There have been rumors surrounding the couple and their engagement, particularly that Dakota Meyers had still been married to his first wife, Cassandra Wain, and that he was not legally divorced. Apparently Dakota and Cassandra divorced in 2010.

Bristol Palin released a statement, via her mother’s Facebook, saying that this was not true. She writes, “Regarding salacious headlines in recent days about ‘secret wives’, Dakota and I discussed our past relationships prior to our engagement. Dakota was legally divorced years ago, as any good reporter could and should have disclosed to readers. As usual, false stories and dramatically written headlines begging controversy should be disregarded, and we have faith that our privacy will be respected at this time by those with decency. Thank you!”

If there was nothing going on in the relationship, why call off the marriage?

Anyway, the cancelled wedding will not be a total loss, and even though this seems weird to us, the families will still gather on May 23 and have a party, celebrating life. The statement reads, many friends and family still look forward to getting together that day in Kentucky anyway, and the Palins and Meyers are happily looking forward to still being at ‘the old Kentucky home’ on May 23 to celebrate life, in general! Family members and close friends know they are welcome to share a great bar-b-que on the farm that day.”

Bristol Palin just seems to have bad luck with finding a man. Bristol Palin was previously engaged to the father of her 6-year-old son Tripp, Levi Johnston, but they called it quits in 2010. Now, her second engagement was a fail also. We’re not pointing fingers, but sometimes your track record says a lot about you. In any case CDL will continue to report on this farcical mess and let our readers know exactly why this Bristol Palin marriage was called off days before the wedding.