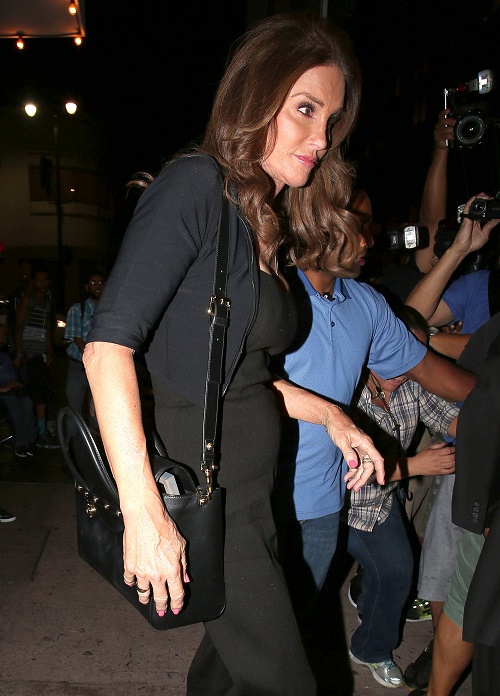 Caitlyn Jenner, formerly known as Bruce Jenner, was the quintessential ‘Super Athlete’. Jenner’s athletic success came to fruition at the 1976 Summer Olympics when she won the gold medal for the Men’s Decathlon. A host of accolades, sponsorship deals, and worldwide fame followed in the wake of Jenner’s Olympic triumph. Nevertheless, the Jenner name faded into C-Lister status during the late 1980s, hit a speed bump in the mid-90s, and completely disappeared post-millennium.

In 2007, E! Entertainment picked up a little show called “Keeping Up with the Kardashians.” Touted as ‘reality television meets sex tape’, the show shot to instant infamy when Kris Jenner’s then-unknown daughter, Kim Kardashian, found herself embroiled in a sex tape scandal. Initially, KUWTK focused on the lives of the late Robert Kardashian’s daughters: Kim, Khloe and Kourtney Kardashian; Brother Rob Kardashian; mom Kris Jenner; dad Bruce Jenner; and step-sisters, Kendall and Kylie Jenner. They were thrown into the mix for the scandalous fun of it.
The first season buckled under the weight of its own success. Within its first month on air, KUWTK received some of the highest viewership ratings in E! Entertainment’s history. The Kardashians spread around the world like a wild ulcer, burning and disfiguring television-intestines in over 250 countries.

Fast forward to early 2015. The Kardashians are more famous than Ronald McDonald, The Hamburglar and Donald Trump combined – even the uncontacted tribes in the Amazonian jungle know their names. The family of misfits didn’t merely redefine pop culture – they became pop culture.

And then Caitlyn Jenner happened. For those of you who’ve been living under the butt-crack of Spongebob Nopants – no, wait, if you don’t know who Caitlyn Jenner is then there is no more hope for you. I am truly sorry. You are the weakest link. Goodbye.

Distancing herself from the KUWTK brand, Caitlyn struck a deal with Bunim/Murray Productions – the same production company behind KUWTK – and created her very own docudrama reality show. “I Am Cait,” which allegedly ‘documents’ (I use the term loosely) Caitlyn’s transgender transition, captivated the world in the same way Bruce Jenner’s Olympic success did back in the late 70s.

“[The show] tells Caitlyn Jenner’s intimate story living her life as a transgender woman as she seeks out her “new normal.” Living for the first time as the person she feels she was born to be, the series explores what Cait’s transition means for the people in her life, while offering a better understanding of many of life’s challenges for the trans community.”

The show’s unparalleled hype created a perfect viewership storm. During its premiere, the show ranked as ‘the biggest unscripted launch of 2015’ and E! Entertainment’s ‘most watched series debut in over a decade’. Instead of fumbling for positive reviews like KUWTK did back in the day, reviewers praised the show for its uninhibited and deeply intimate look at the ‘woman who changed the world’.

Although the moment was revolutionary, we have to ask ourselves whether “I Am Cait” is an opportunistic foray into the unknown, or an inspirational, albeit wishy-washy, story about the greatest athlete and the struggles she had to endure to live a ‘normal’ life.

Whether we’d wish to acknowledge it or not, society – and civilization as a whole – acts as a defacto judge and executioner. We’re too afraid to question Caitlyn Jenner’s motives, as we’d come across as politically incorrect or, God forbid, judgmental and ignorant. We’re gripped by an inescapable fear of being judged for inadvertently judging others – now even more so with Caitlyn’s piece de resistance.

Instead of raking in the cash like a cash-hungry Kirstie Alley, Caitlyn could have donated some of the show’s advertising proceeds to the transgender community. I might be naïve in thinking this, but Caitlyn’s ambassadorial role seems to be nothing more than a discounted piece of antique furniture at a bankrupt furniture warehouse in Fukushima.

But who am I to pass judgment? What gives me the ‘right’ to judge others based on their entertainment value? I shall let you be the judge and executioner. Let us know your thoughts in the comments below.