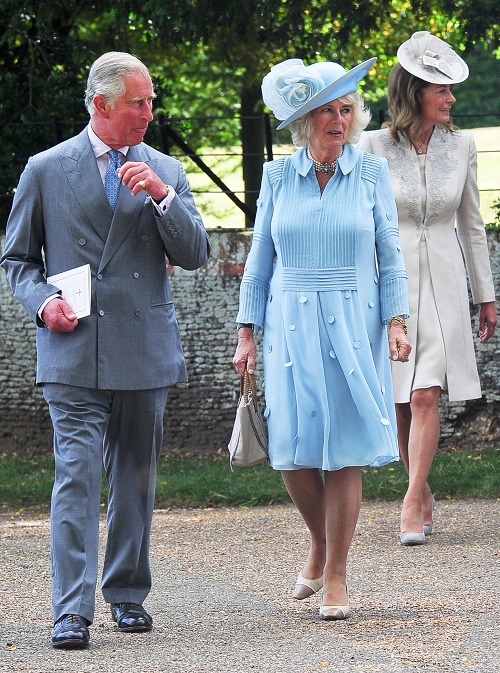 One of the Royal Family’s bodyguards recently spilled the beans to Star Magazine and dished on some of the deep, dark secrets that the royals never hoped would see the light of day.  According to the guard, Camilla constantly makes fun of Princess Diana, and she and Prince Charles like to look at old photographs of themselves when they were young and in love, and they make jokes about sneaking around behind Diana’s back.

The royal snitch revealed to Star Magazine, “Camilla likes to make jokes about how she got everything she ever wanted simply by being patient and letting the universe bring her and Charles together.  She can get a little smug.  She openly mocks some of Diana’s clothes in the old photos, and Charles doesn’t stop her.  William and Henry would be deeply offended if they knew about it.”

Nothing Camilla Parker-Bowles does surprises us these days, so is anyone really shocked that she has the gall to mock a dead woman after she stole her husband?  Prince William knows all too well how Camilla behaves behind closed doors – and he recently banned her from seeing his children George and Charlotte, so he most likely is aware of Camilla bad-mouthing his mother as well.  What do you think of Camilla mocking Princess Diana?  Is the guard exaggerating, or is she really that foul of a person?  Let us know what you think in the comments below!