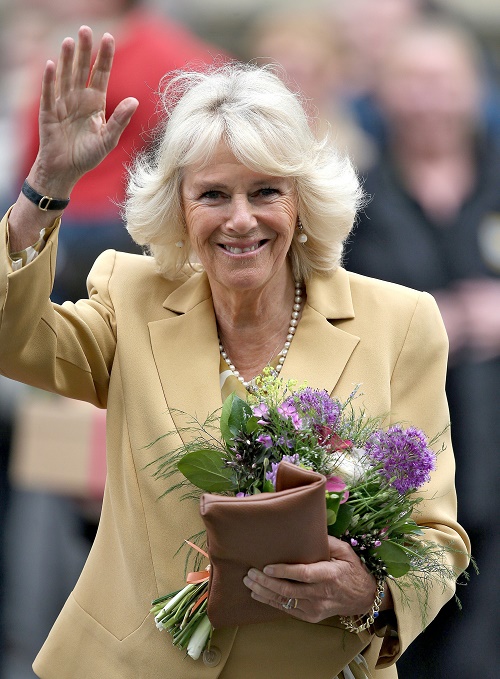 Camilla Parker-Bowles is divorcing Prince Charles because he “isn’t man enough for her anymore,” according to a new report from GLOBE Magazine. It was recently revealed that Camilla has been cheating on the future King of England with a British TV star, and apparently he isn’t the only love that she has been sneaking around to see behind the royal family’s back. Apparently, Camilla has had enough of her sham marriage to Prince Charles – and she is willing to walk away and give up the throne, for a pretty penny of course.

According to the June 22 edition of GLOBE Magazine, “Camilla is determined to escape her palace shackles and her hapless husband – but she won’t go empty handed. If Charles thought that he could get rid of her on grounds of adultery and escape a huge pay-off, then he is sadly mistaken.” Apparently, Camilla Parker-Bowles is blackmailing Prince Charles and the rest of the royal family – and she has made it very clear that she will write a tell-all book revealing all of their secrets if they don’t pay up in the divorce suit.

GLOBE Magazine goes on to reveal that all hell broke loose when Camilla’s affair went public – and Prince Charles ordered her to end her cheating because she was bringing disgrace on the royals. Camilla didn’t take too kindly to the ultimatum and informed him that she would never stopped cheating because Charles “isn’t man enough” for her anymore. And she has decided that she would rather divorce him than stop cheating. GLOBE’s insiders reveal that Camilla has one up on Prince Charles, and has been secretly meeting with divorce attorneys all along. It looks like we are in for one messy royal divorce battle – rumors say that it could rip the monarchy apart.