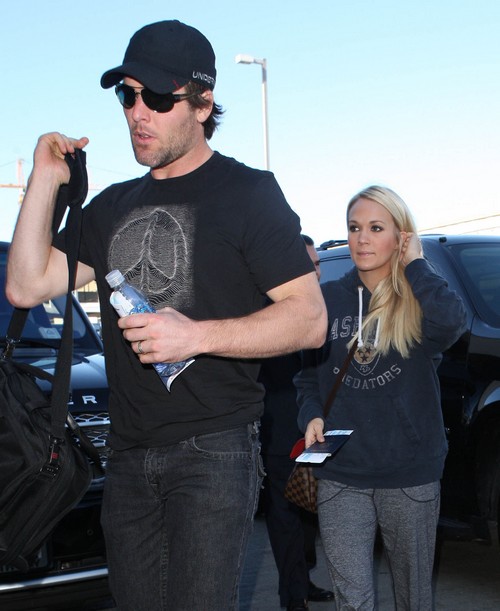 Considering that Carrie very recently gave birth to their first child, you’d think that her own husband would give her some leeway before pressuring her for another, right? Maybe not, if this report is accurate.

The Enquirer’s source explains, “Mike wants to convince Carrie to have kids close together in age, and take another year or two off! Carrie thinks it’s unfair. He gets to keep playing hockey, and she’s home doing the heavy lifting.”

So two months after giving birth, Carrie’s being pressured to have her second child.. Can one blame her for thinking about divorce? Sure, it could be tabloids making assumptions as always, but the noise surrounding the divorce rumors has increased significantly over the past few months – so much so that it’s hard to believe that everything’s just fine and dandy.

Plus, Carrie Underwood is not the type of person to put up with demands from her husband, even if her husband is Mike Fisher. If he really ‘forced’ her to have a second child so quickly after delivering her first child, I’m sure she – like most women – would say sayonara and file that divorce as soon as they possibly could.

Do you guys agree or disagree? Will Carrie Underwood and Mike Fisher end up getting a divorce in the near future, or are the rumors exaggerating the state of affairs? And if they do get a divorce, will it be because Mike is pressuring Carrie to have a second child? Let us know your thoughts in the comments below.