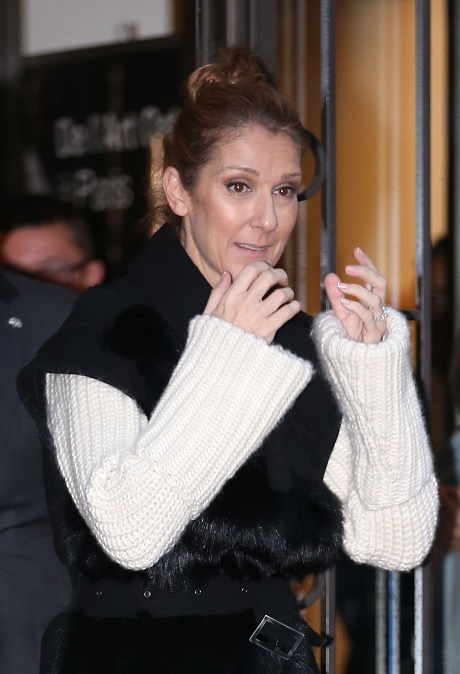 International diva and superstar singer Celine Dion has just announced that she is ready to return to her residency at Las Vegas. Dion has recently been taking time to care for her sick husband, Rene Angelil, but it seems that she is ready to get back into the performing world. The “I Surrender” singer spoke with Hollywood Life at the Billboard Music Awards and shared everything from her husband’s health to performing once again.

On May 17, Celine Dion, now 47, announced that she plans to return to her Las Vegas residency at Caesar’s Palace. She said, “So I’m coming back on August 27. It’s the date that we sealed. And if there’s going to be only one person in the theater, it’s going to be my husband Rene. So don’t look for him that night. He will be there. It’s going to be for him. I want to make sure that he sees me strong again and ready for that road. So I’m excited. I’m excited very much!”

Celine Dion is one of the most successful acts in Las Vegas and we are sure there will be more than one fan in the audience. Celine revealed that her husband has been working very hard on his health and fighting off his second round of throat cancer, and that Rene was actually the one who encouraged Celine Dion to return to the stage.

“My husband and my whole family needed me. They still do, but we have decided, and seeing it on a daily basis, he’s working really hard on his health. We know what’s going on. And as a partner, he’s been my husband, my partner, my manager, and the father of my children. Do we come back? Yes, we want to come back.”

She goes onto say, “Because besides our children, this is the best that we’ve done together. So let’s still do it together. He wants me back. He wants me strong. He wants to see me again because I’m his favorite singer. So he wants me out there, and I have to say that i’m ready. It’s hard. But we’re ready.”

With Jennifer Lopez, Britney Spears, and Mariah Carey all inhabiting Las Vegas right now for their own shows, Celine Dion will certainly have competition but as a true Vegas veteran we are sure she will find her way right back to the top.

What do you think of Celine Dion returning to Las Vegas? Would you rather see her, or one of the other performers? Let us know in the comments below.