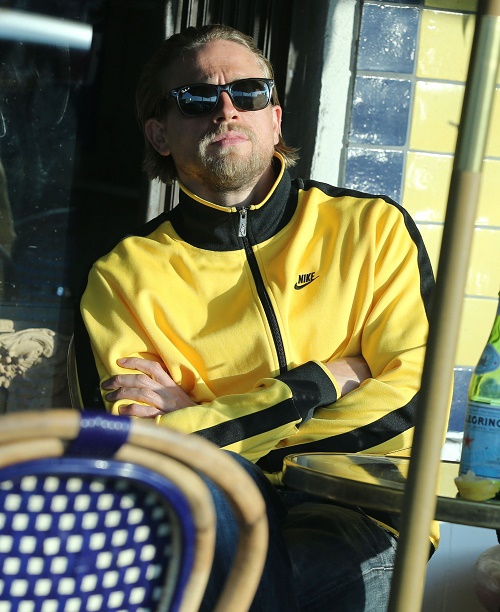 Sons of Anarchy star Charlie Hunnam has always been very private when it comes to his personal life – and his relationship with his longtime girlfriend Morgana McNelis. The SOA actor has been so private that he somehow managed to keep the fact that his girlfriend was picked up and arrested for selling marijuana in California. According to a new report, two years into their relationship, Charlie’s girlfriend was arrested for selling marijuana out of her privately owned business. It looks like Charlie’s character Jax Teller on Sons of Anarchy wasn’t that much of a stretch from his real life!

This week’s edition of Star Magazine reveals, “Charlie’s girlfriend was arrested and convicted for running an illegal marijuana collective in California! In October 2009, authorities received information that Green Mile Caregivers, which was owned and operated by Morgana, was selling marijuana illegally and located near a local high-school in an upscale Woodland Hills area.”

Charlie’s girlfriend was thrown in jail for two days, and then sentenced to three years of probation – and that’s not counting all of the fines and legal fees she was forced to pay.

According to Star Magazine’s insiders, Charlie Hunnam was embarrassed that his girlfriend got busted. At the time of her arrest he had already been dating her for two years, and he tried to keep the scandal hush-hush. Hunnam actually succeeded in keeping the fact that his girlfriend moonlit as a drug dealer quiet. That is, until now. The tabloid’s insiders went on to reveal that Morgana and Charlie’s relationship is stronger now than ever before, and his close pals actually expect him to propose to her and ask her to marry him very soon.

It sounds like Charlie Hunnam is even a badass in real life. Well,l at least his girlfriend, Morgana, is. Are you surprised by her drug activity? Let us know what you think in the comments below!