Charlie Hunnam Stars In Sexy Ad For Calvin Klein, Closest We’ll Get To Seeing Him In Fifty Shades of Grey (VIDEO) 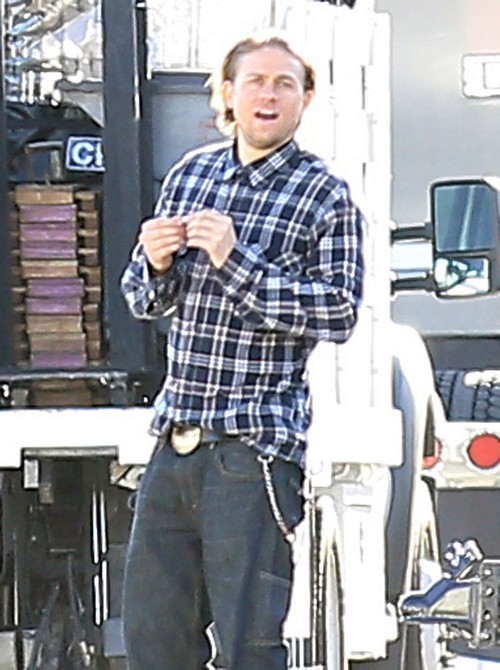 Charlie Hunnam ended up being unofficially fired from Fifty Shades of Grey, but we’ve figured out since then that he and the movie’s producers had a difference of opinion on how the script turned out. Charlie was reportedly looking for something more off-beat, and he thought that his input would have more of an impact than it did. And although he and the producers walked away on good terms, Charlie did miss out on the opportunity of a lifetime.

Sorry, I can’t say that with a straight face. Charlie barely managed to escape that trainwreck, but if you want to see how Charlie would have been in Fifty Shades of Grey, look no further than his new Calvin Klein ad.

And although we haven’t yet seen Jamie Dornan’s performance in Fifty Shades of Grey, I have a hard time imagining that it can top the pure sex appeal of Charlie in this Calvin Klein ad. Did Universal make a huge mistake in letting Charlie go? We’ll leave you to watch the video and make that call, but I’m leaning towards YES.

Charlie Hunnam takes a break from filming scenes on the set of ‘Sons Of Anarchy’ in Los Angeles, California to roll a joint on June 3, 2014. When Charlie saw the cameras he gave a friendly wave!